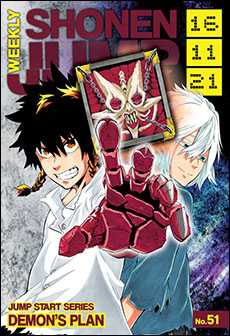 A new JUMP START! It feels like it's been raining JUMP STARTS lately and I am glad I for one and glad I forgot my umbrella. This new one looks to bring some dark and gritty demon action to the magazine. As a longtime horror movie fan, dark gritty stories about demons never get old to me. The more the merrier! Or, maybe the more the scarier, in this case!

This JUMP START is a little bit different than what we've had in the past few months. Although we've had plenty of demon-based manga in SJ, few have packed the emotional punch this one does. So flex your emotional gut muscles so you don't get the emotional air knocked out of you like I did. It also has great art and a unique premise, exactly what the first chapter of a manga needs to grab the reader. This should be interesting! 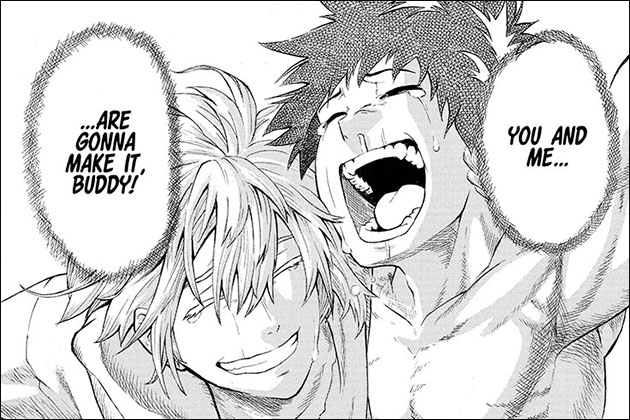 Buckle down and get ready for a dense chapter of One Piece! In between battles and wacky comedy chapters, Oda Sensei occasionally turns in a dense and plotty chapter with tons of characters and important story details being discussed. But even his "talky" chapters are fun to read because the characters are so great. Each new one is a wonder of character design and a sight to behold. Plus, we get to know Big Mom a little better in this chapter. Not sure if that's a good thing, though.

Last week's chapter focused on the mentally unstable Twice was a doozy! Unfortunately, this one isn't about him, but instead, focuses on someone equally compelling and even more messed up--All For One. Despite being held in a secret bunker deep underground, he's still as feisty as ever as All Might finds out when confronting him. The battle against evil is far from over!

The splash pages in this manga are incredible! They transcend the usual "characters looking cool" motif many mangaka go with and become something truly artistic. Of course, manga is art, but not usually high art. This is getting close. The chapter is pretty good, too! Just as full of intrigue and plot twists as ever.

The story is finally getting close to where the movie ends! While I am enjoying reading the movie in a manga format, it's a curious little monkey and I want to know what happens to Boruto next! In the first chapter, there was a scene from the future where things looked pretty bleak, I want to see how that comes to be. The art is getting really good, though. And this chapter is a huge battle. Drawing action is one of the hardest, if not the hardest thing in comics. Good stuff! 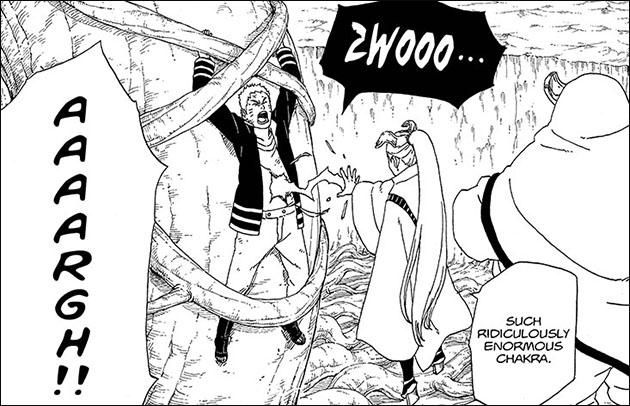 Asta and friends are in serious trouble! Trouble in the form of a giant flying salamander spirit with magic power of the charts. The Black Bulls have seen their share of high-powered spells and summons, but this one is proving to be quite a challenge. But it's not over yet!

Soma has pulled off a major upset and "bear"ly passed the shokugeki! For the record, I've been holding back the bear puns this entire shokugeki, because it's just too easy. But now that it's over, I felt compelled to make at least one. Soma is moving on to the next level and it's time to find out how the rest of his classmates are faring. Has anyone else pulled off a miracle? 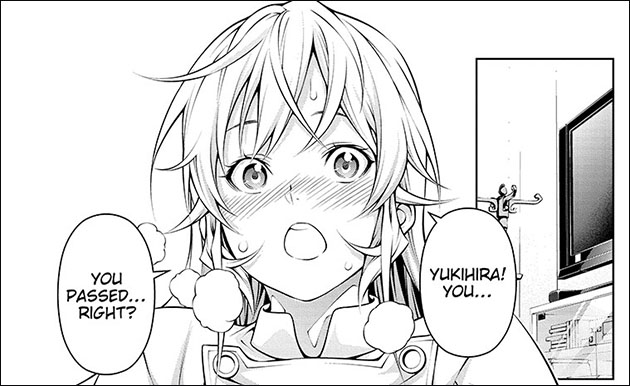 Oh, my G.O.D., this manga is getting crazy! G.O.D., in this case, stands for Genesis Omega Dragon which is a super amazing card. G.O.D. appeared in the future and destroyed the world. Reiji thinks it's related to Yuya and is determined to take him down. But it won't be easy! Major dueling action coming your way!

Miss Schnee continues her battle against the giant in armor! She's been giving all she's got, but this massive metal menace is as strong as he looks. The beautiful battle dance continues in another thrilling chapter of RWBY! 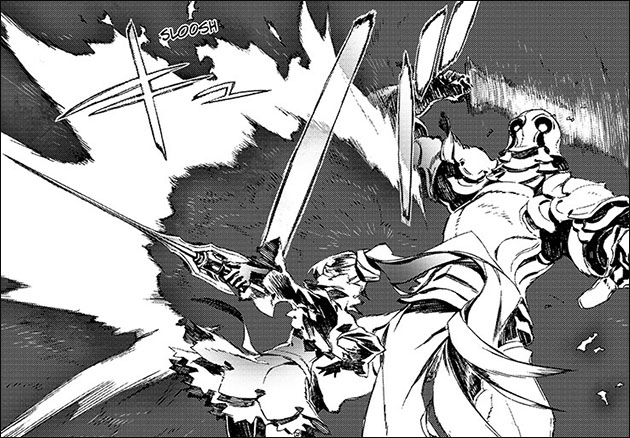 Tatsu and allies face their strongest foe yet—the King of Thunder, Blackburn! With electric powers far beyond anything they've seen yet, he's out for blood! It's the fiercest fight yet! Find out who wins!

Man, I'll miss Toriko. It's one manga I always looked forward to reading every week. It's been full of surprises since the first chapter. Talk about a fertile imagination! Shimabukuro Sensei cooked up a fantastic world that is unlike any other. A truly unique place. I'm a little bummed I won't be able to read it weekly, but as one manga ends, so another begins. That's what makes serialized manga magazines like Shonen Jump so great. So long, Toriko! Thanks for all the fun! Can't wait to see what Shimabukuro Sensei comes up with next!