Created by Kohei Horikoshi | MoreLess about My Hero Academia

What would the world be like if 80 percent of the population manifested superpowers called Quirks? Heroes and villains would be battling it out everywhere! Being a hero would mean learning to use your power, but where would you go to study? The Hero Academy, of course! But what would you do if you were one of the 20 percent who were born Quirkless?

Kohei Horikoshi was born in Aichi, Japan, in 1986. He received a Tezuka Award Honorable Mention in 2006, and after publishing several short stories in Akamaru Jump, his first serialized work in Weekly Shonen Jump was Oumagadoki Doubutsuen in 2010. Barrage was his second series and My Hero Academia his third series in Weekly Shonen Jump.
Add favorite  Favorited Manga trailer

As O’Clock and his accidental allies Tiger Bunny and the Rapper try to escape the underground arena, shadowy figures observe the chaos from afar. O’Clock takes on a hooded fighter who seems to be targeting him specifically. Back in the present day, Pop has been rescued, but Koichi and his friends have only a brief respite before the villainous Number 6 puts a terrifying new plan into action. In true vigilante fashion, Koichi must evade the law in order to protect Pop…

Other My Hero Academia volumes 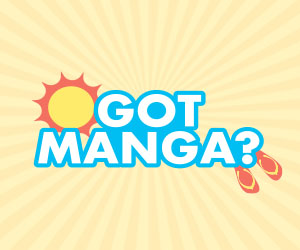 Got Manga? Let’s Read Together

Join the conversation or create your own manga club! 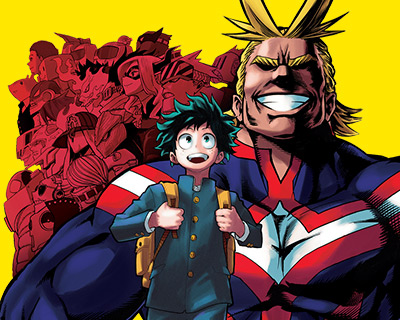 Never miss a new release. Add My Hero Academia to your favorites, and start following it today!