Kagome, a modern-day high school girl, is pulled into Japan’s ancient past! There, her destiny is linked to a dog-eared half demon named Inuyasha. Together, they battle evil demons who seek to acquire the shards of the legendary Shikon Jewel and wield its incredible power. But can Kagome and Inuyasha stop feuding with each other long enough to save the feudal or modern world—let alone both?

Takahashi was inducted into the Will Eisner Comic Awards Hall of Fame in 2018. She won the prestigious Shogakukan Manga Award twice in her career, once for Urusei Yatsura in 1981 and the second time for Inuyasha in 2002. A majority of the Takahashi canon has been adapted into other media such as anime, live-action TV series, and film. Takahashi’s manga, as well as the other formats her work has been adapted into, have continued to delight generations of fans around the world. Distinguished by her wonderfully endearing characters, Takahashi’s work adeptly incorporates a wide variety of elements such as comedy, romance, fantasy, and martial arts. While her series are difficult to pin down into one simple genre, the signature style she has created has come to be known as the “Rumic World.” Rumiko Takahashi is an artist who truly represents the very best from the world of manga.
Add favorite  Favorited Inuyasha Set 6 Blu-ray trailer

Each battle draws the group closer to their ultimate goal—the border of the afterlife and the final shard of the Shikon Jewel. But the last stage of their journey is the most difficult of all. In their final battle with Naraku, will the bond between Kagome and Inuyasha prove strong enough to vanquish him at last?

SPECIAL FEATURES: Clean Opening and Ending, Who's in the Well? Featurette, Down the Well: Inside the Feudal Fairytale Featurette, The Finale with the Japanese Cast, Q&A with the English Language Voice Cast

After falling into an old well and into ancient Japan, Kagome discovers that her destiny is linked to the dog-like half demon called Inuyasha! As Kagome learns more about her connection to the past and to Inuyasha, she comes into conflict with the terrible demons that are drawn to the Shikon Jewel, including Inuyasha's own half brother, Sesshomaru. Finding the shards of the Shikon Jewel is going to require powerful magic, strange allies, and a strong heart. Kagome's got plenty of heart, but she's going to need Inuyasha's help for the rest of it, and he may not be so willing to lend a hand! 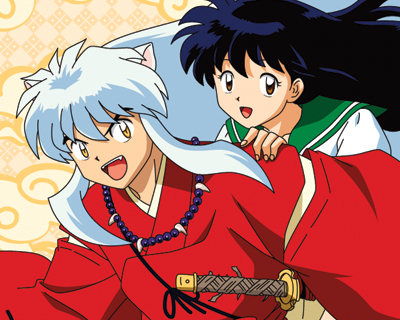 Never miss a new release. Add Inuyasha to your favorites, and start following it today!