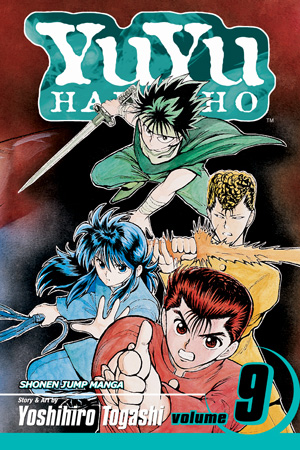 After Yusuke Urameshi grounds a "flighty" Jin for good, Team Urameshi should be one step closer to victory. But thanks (more like no thanks) to a pervading conspiracy among the organizers of the Dark Tournament, Team Urameshi's plate is wiped clean of soldiers left to fight in the twisted event.

Meanwhile, Genkai formally reveals herself to Yusuke and gives him the final test to be the sole heir to her formidable technique--a concentrated ball of aura! But due to the conditions surrounding his "second life," Yusuke must be ready and able to inherit the technique...or he dies!