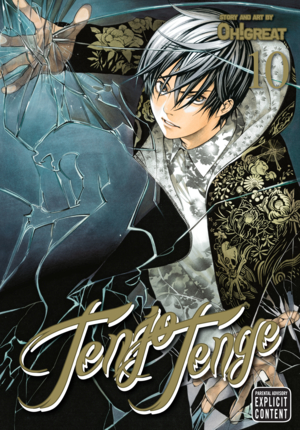 Mitsuomi and Bunshichi square off, not to see who dies, but to see who lives! The epic clash is more than Masataka can bear to watch, but Mitsuomi’s committed to the outcome and offers his brother a terrible choice. Meanwhile, the supernaturally awakened Nagi battles Kabane, the strongest of the Red Feathers. The struggle takes an unexpected turn as red ki envelops Soichiro and he’s forced to put all his strength into his fists in order to resist his fate. As Amaterasu slumbers, Tsukuyomi awakens and Susano-o is reborn—the gears of fate thunder on toward a shattering end!