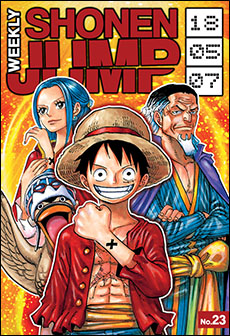 OMG!!! Karoooooo! When I saw this cover I yelled and started clapping like an excited little kid at my desk. Why? I love Karoo! He's a super fast duck, which is completely awesome in and of itself. He's also a loyal steed who played a significant part in the big showdown with Alabasta. I was the English-language One Piece editor during this part of the story, so I have a soft spot for this arc and all the wonderful characters in it, including duck characters. Karooooo!

It's absolutely astonishing that Oda Sensei keeps topping himself week after week, but he's done it again! This chapter is destined to become a legend and for more than one reason. The Straw Hats are obviously quite well known, but after fighting Big Mom they've made history!

Yuiga and the rest DO LEARN something in this chapter--how hard college interviews can be! Luckily, their teacher Kirisu Sensei is there to give them mock interviews to get ready. But just because it's their teacher doesn't mean she's going to go easy on them! This presents a major problem for Yuiga, who finds an "inventive" way to deal with the pressure. Find out what it is!

The fallout from Rin and Yukio's fallout is still being felt at True Cross Academy. Wheels are moving and events are shaping up for a major showdown that will change everything. The turncoat Yukio finds out a little more about the sinister side he chose to join. Meanwhile, one of the True Cross students may be more than what they seem!

The spelunking adventures of Senku, Chrome and Magma continue. They've survived falling in a pit, but the question remains--did Magma do it on purpose? Is he trying to kill them to get revenge for ruining his plans of ruling the village? Is Senku actually in danger or is he playing his usual fourth-dimensional chess? All will be revealed!

A lot of big chapters in this issue! I don't mean big as in many pages, I mean big as in BIG THINGS ARE HAPPENING! Major events that will change the trajectory of the story. And that includes this chapter of Boruto. When the battle against the mysterious villain Kashin Koji gets dire, Boruto finds himself pushed further than he's ever been before! And something inside him erupts! He'll never be the same again!

Things have never looked worse for the Magic Knights! Some of their finest members have been turned into evil elves! The worst kind of elves! Asta's definitely not giving up, but he's in way over his head this time. Unless someone comes to the rescue, it could spell the end of everyone's favorite magic knights!

What started as a humorous skirmish between Gentle and Deku escalated into an emotionally charged full-blown brawl! And it was a most unusual fight because both characters are so lovable. But there can only be one victor in a battle and the winner is definitely Deku. Now the question remains--what will happen to Gentle? And his adorable sidekick, La Brava? 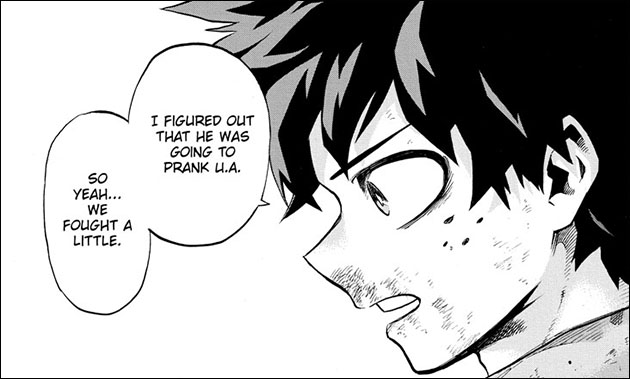 The longer the battle, the more blood on the ground. And the fight between the rebellious children and their demon tormentors has been raging for quite awhile. So far, the kids have managed the impressive feat of taking down a few demons, but not without a cost. And as the fight goes on it's getting more and more chaotic breaking down the morale of the kids. Things are getting grim, it's do or die time!

Robo-kun's getting crushed under the savage golfery of the fearless Ginro! This is no ordinary opponent and in this chapter, we get a look at Ginro's childhood and the kind of life that lead to his insane abilities. Robo's been in trouble before but never like this. Is his dream of conquering the golfing world fading before his robotic eyes? 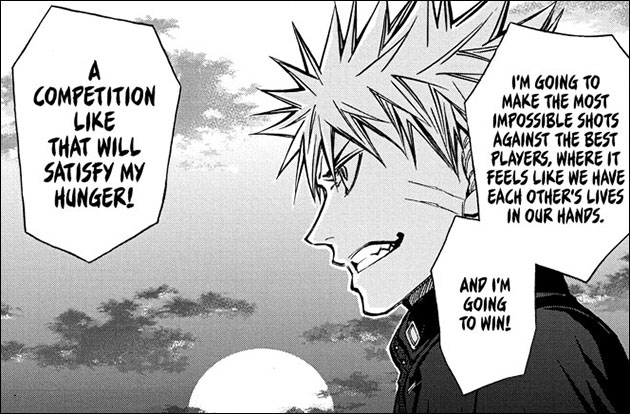 Erina's is a fan favorite character in Food Wars! She's undergone tremendous character growth. Possibly the most of any character in the series. And now she's standing up to her overbearing father and fighting for her freedom and the freedom of food. It's wonderful to watch and it's handled so perfectly by both the writer and the artist. If you loved her before, prepare to fall in love all over again!

Yu and crew celebrate their victory over the so-called angel, but what does it all mean for the future? Meanwhile, the vampire lords gather together and try to figure out who's been pulling the strings on all the weird events that have been happening. 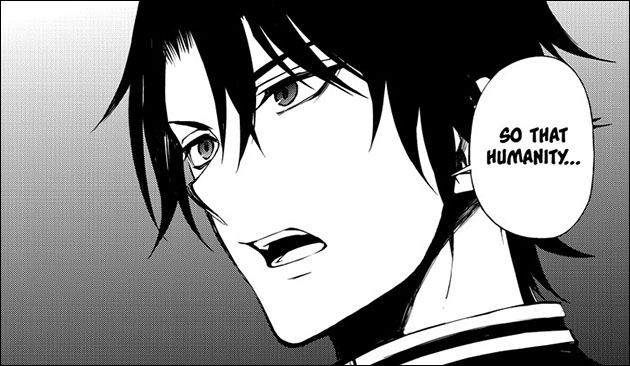