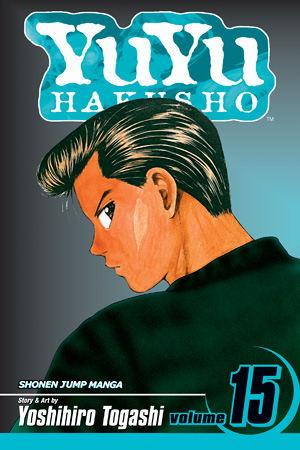 Kuwabara's been kidnapped! Unbeknownst to anyone--especially him--his aura sword is so powerful it can actually cut holes between dimensions, which is exactly what his kidnapper Sensui is after. But Yusuke's not giving up so easily and sets off in pursuit on a bicycle.

Then Yusuke and his old friends and new allies are put to the test when they battle a bratty little kid in a deadly video game contest! From trivia to battle tennis, the contest heats up! Who will come out on top and who will face the dreaded "Game Over"?