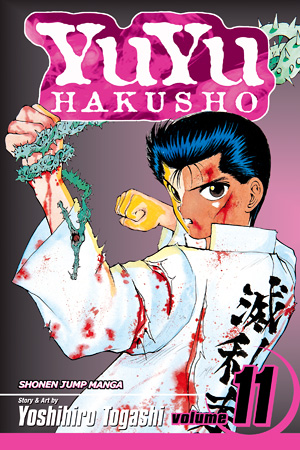 The Dark Tournament is finally down to the wire. After a long trail of brutal bloodshed, the stage has been set for the ultimate showdown between Team Urameshi and Team Toguro. And now that Kurama can transform into a fox demon at will by drinking the potion from the Seed of De-Incarnation--a lovely parting gift from Suzuki, The Beautiful Fighter--his ferocious plants have been given a much-needed energy boost.

Meanwhile, Sakyo reveals that his grand plan is to create a path between the demon plane and the human world, allowing powerful demons to come through and wreak havoc in the human realm. Could this be the beginning of the end for humans...?