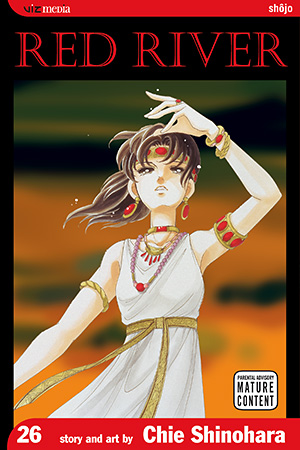 Prince Juda, Nakia's son, lies unconscious following a suicide attempt. It's established during interrogation before the council of ministers that Urhi is not the boy's father. Kail agrees with Nakia that this doesn't change Juda's eligibility for the throne. The fate of Urhi is then decided, but not by the council. Nakia, her schemes now seemingly trumped once and for all, decides to play the ace she's held since the day she first brought Yuri into the past!

The Demon Prince of Momochi House