A red-haired princess loses her family and her kingdom—now she must rise and fight for her throne!

Created by Mizuho Kusanagi | MoreLess about Yona of the Dawn

Princess Yona lives an ideal life as the only princess of her kingdom. Doted on by her father, the king, and protected by her faithful guard Hak, she cherishes the time spent with the man she loves, Su-won. But everything changes on her 16th birthday when tragedy strikes her family!

Born on February 3 in Kumamoto Prefecture in Japan, Mizuho Kusanagi debuted with Yoiko no Kokoroe (The Rules of a Good Child) in 2003. Her other works include NG Life, which was serialized in Hana to Yume and The Hana to Yume magazines and published by Hakusensha in Japan. Yona of the Dawn became an anime in 2014.
Add favorite  Favorited

Read Yona of the Dawn manga

With war between the Kingdom of Kohka and South Kai close at hand, Yona strengthens her resolve on the battlefield. Meanwhile, South Kai forces take out General Geun-tae, which leaves Kin Province at a huge disadvantage. Will Hak fight at the front lines to help defend his nation?

Other Yona of the Dawn volumes

Tail of the Moon
See all > 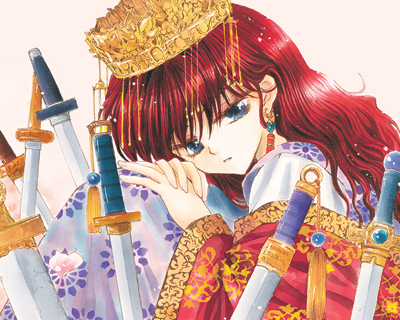 Never miss a new release. Add Yona of the Dawn to your favorites, and start following it today!