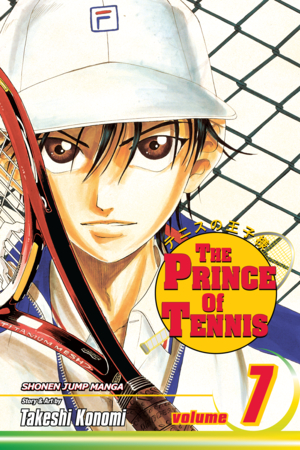 The Prince of Tennis, Vol. 7

As the road to the Nationals narrows, Seishun Academy squares off with St. Rudolph. Through the maneuverings of Hajime, Saint Rudolph's cunning manager, Ryoma gets matched up with Yuta-known to many as "Lefty Killer." With an unorthodox game laced with reverse spins and angles, Yuta's game ignites against the seemingly inexperienced-against-lefties Ryoma. Meanwhile, the Seishun doubles tandem of Eiji and Shuichiro assume the Australian formation to break a tie. Is this a desperate attempt to win, or a well-calculated strategy?