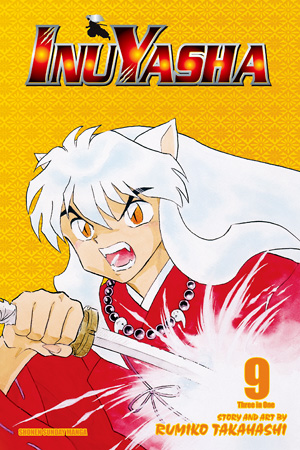 Our friends are drowning in enemies! First, Miroku and Sango face a poisonous adversary; then, Inuyasha is attacked by the half-man, half-machine--but all evil--monstrosity known as Ginkotsu. Later, our friends encounter a mountain so sacred that most of them aren't even good enough to set foot on it. And finally, when their battle with the undead assassins known as the Band of Seven looks all but lost, Inuyasha and his comrades get some unlikely help from his brother, Sesshomaru, and rival, wolf demon Koga. Everything comes down to a fiery climax as another one of Naraku's malevolent plots is revealed!