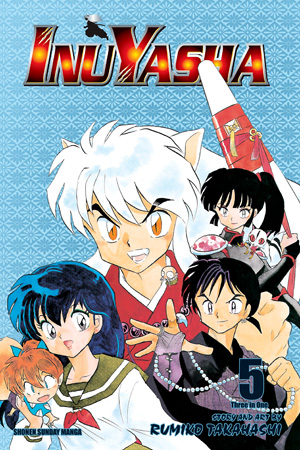 Kagome and Inuyasha have an angry argument that won't be settled until someone apologizes, but each of them is just as stubborn as the other! While Kagome and Inuyasha work things out, Naraku sends forth one of his own most enigmatic minions, a woman with the power to control the dead. As Naraku's plans unfold, Sesshomaru finds an unexpected reason to question his demonic nature. Between covetous wolf demons and Naraku's powerful illusions, Kagome and Inuyasha face even more difficult challenges!