An era-spanning supernatural adventure from the creator of Inuyasha!

When Nanoka travels back in time to a supernatural early 20th century, she gets recruited by aloof exorcist Mao. What is the thread of fate that connects them? Together, they seek answers...and kick some demon butt along the way!

Takahashi was inducted into the Will Eisner Comic Awards Hall of Fame in 2018. She won the prestigious Shogakukan Manga Award twice in her career, once for Urusei Yatsura in 1981 and the second time for Inuyasha in 2002. A majority of the Takahashi canon has been adapted into other media such as anime, live-action TV series, and film. Takahashi’s manga, as well as the other formats her work has been adapted into, have continued to delight generations of fans around the world. Distinguished by her wonderfully endearing characters, Takahashi’s work adeptly incorporates a wide variety of elements such as comedy, romance, fantasy, and martial arts. While her series are difficult to pin down into one simple genre, the signature style she has created has come to be known as the “Rumic World.” Rumiko Takahashi is an artist who truly represents the very best from the world of manga.
Add favorite  Favorited

As Mao and company begin to uncover Yurako’s true identity, another mystery lands on their doorstep—who or what is causing members of the Kagami family to commit shocking acts of violence? Unfortunately, our friends soon discover the truth in the old saying “No good deed goes unpunished.” Then, when a puppet master gains control of Mao, no one is safe. Plus, Mao and Nanoka go on…a date?! 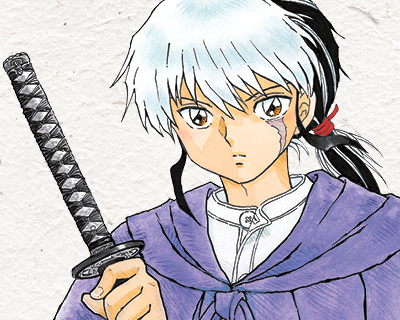 Never miss a new release. Add Mao to your favorites, and start following it today!