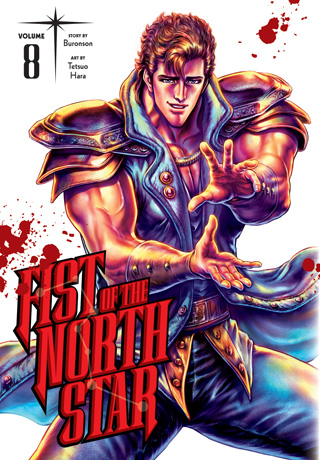 Fist of the North Star, Vol. 8

Kenshiro takes on Holy Emperor Souther, the most powerful of the Six Holy Fists of the South Star. If Kenshiro defeats him, it will set up a fateful battle between Raoh and Toki—a confrontation between motion and stillness, of ferocity and serenity—in which neither master will yield an inch. Shichosei, the star that presages death, shines overhead as Toki unleashes what could be his final strike.