In a postapocalyptic wasteland ruled by savage gangs, a hero appears to bring justice to the guilty.

In a postapocalyptic world, humanity has risen from the ashes of nuclear war to a nightmare of endless suffering. It is a time of chaos. Warlords and gangs of savage marauders and warlords rule the broken ruins of civilization, terrorizing and enslaving the survivors. Life has become a brutal struggle for existence and death the only release.

Buronson began his career as a manga writer for Weekly Shonen Jump in 1972. He gained popularity with the hard-boiled action series Doberman Cop (with art by Shinji Hiramatsu). In 1983, he coauthored the massively successful Fist of the North Star. He has also written numerous hits under the pen name Sho Fumimura, including Phantom Burai and Sanctuary.

Tetsuo Hara began his career with The Iron Don Quixote for Weekly Shonen Jump in 1982. Fist of the North Star, which began serialization in 1983, drew wide acclaim. In the 1990s, he released the historical period pieces Hana no Keiji and Tokugawa Ieyasu’s Shadow Warrior. Fist of the Blue Sky, published in 2001, ran for nine years in Weekly Comic Bunch. His most recent series, Ikusa no Ko: Oda Saburou Nobunaga-den, began in Monthly Comic Zenon in 2010.
Add favorite  Favorited

Fist of the North Star, Vol. 2

Kenshiro takes on the Golan, a gang whose claims of genetic superiority he will put to the test. Later, as he continues his journey through the wasteland, he runs into a wily nomad warlord named Jackal. Until now, Ken’s opponents have rarely used their heads—though many have lost them! How will he handle an enemy who relies on low cunning instead of brute force?

Other Fist of the North Star volumes

Fist of the North Star, Vol. 3

Fist of the North Star, Vol. 1 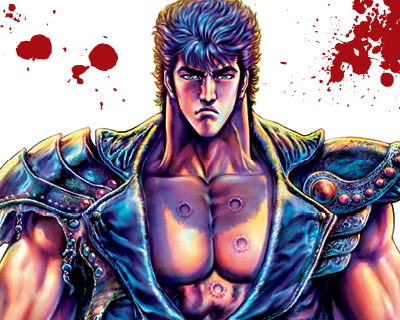 Never miss a new release. Add Fist of the North Star to your favorites, and start following it today!