In an alchemical ritual gone wrong, Edward Elric lost his arm and his leg, and his brother Alphonse became nothing but a soul in a suit of armor. Equipped with mechanical “auto-mail” limbs, Edward becomes a state alchemist, seeking the one thing that can restore his and his brother’s bodies...the legendary Philosopher’s Stone. 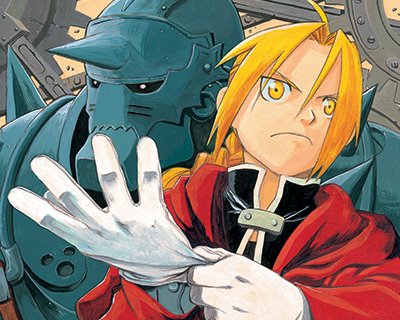 Never miss a new release. Add Fullmetal Alchemist to your favorites, and start following it today!