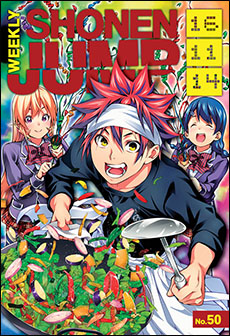 Food Wars! covers always make me hungry! And you can bet his stir fry would be unlike any you've ever tasted! Look how crisp and delicious all those veggies look. Yum! I tried to make stir fry for about six months. I messed it up about 80% of the time. That was when I officially gave up cooking for good. So take it from someone who has eaten a lot of bad stir fry, this looks great!

The battle of the bear meat is over! The winner has been declared! It was a topsy-turvy shokugeki, but the judges have spoken and the contest is decided. Like two fierce grizzlies fighting for domination in the wild, it was an incredible battle. But only one bear stands tall and the other must shirk away and lick his wounds. See who's left standing! 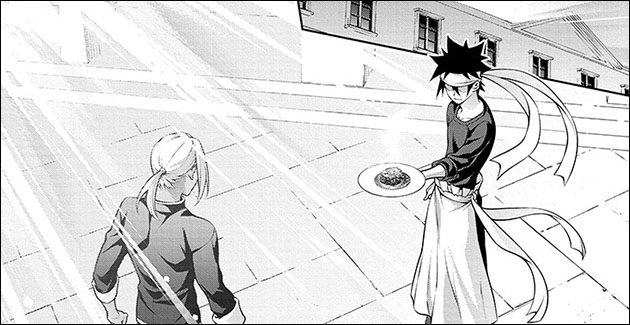 One-Punch Man
story by One, art by Yusuke Murata

Shimabukuro Sensei has served up an emotionally satisfying chapter of Toriko! It's been an incredible journey since Toriko and Komatsu first met almost four hundred chapters ago. I've read a lot of "wrap up" chapters in manga, and this is one of the best. Fans will be very happy to see how Mitsutoshi Shimabukuro has handled it. All the great characters get a moment to shine. Classy! Enjoy!

Chapter by chapter we're finding out all kinds of things about the world of RWBY. And even more information is revealed in the latest entry, plus we get a look at one of the key characters. And some more great art!

This manga has more twists and turns than a family-sized serving of chow mein! And now that Ray has spilled the beans that he's been working for mom and helping Emma at the same time, there's a bit of trust that's going to have to be regained. Can Emma get through to him that everyone's life is worth saving? Or is he too selfish and stubborn to change? Find out!

My Hero Academia is one of the most consistent manga in the magazine. Horikoshi Sensei always comes through with a solid chapter and often an amazing one. But this week, he really outdid himself. Not only is it an amazing chapter, it's about an unexpected character. An absolutely fascinating read. You're in for a treat!

Asta's newly fixed arms are stronger than ever! And he's already had a huge effect on the fight. But we're dealing with some of the strongest magic users in the land and this battle is just getting started. Are an anti-magic sword and a positive attitude enough to turn the tables? The action continues!

Nalbion is under attack by Edenia! And Alfred's caught in the crossfire as he wants to protect his adopted country no matter what the cost. But Tatsu's not giving up on his old friend, he's more determined than ever to help out. A big battle with cool tanks and stuff headed your way!

It's the final chapter of Love Rush! And boy, what a rush it's been! This manga had an abundance of energy and beautifully drawn art. Plus lots of antics and wonderful sense of fun. Since Weekly Shonen Jump has gone digital and weekly, we've seen a lot JUMP STARTs come and go. And I have learned, it's much harder to get a hit than I thought. But I have the feeling we'll see Yamamoto Sensei again. I'm rooting for him! 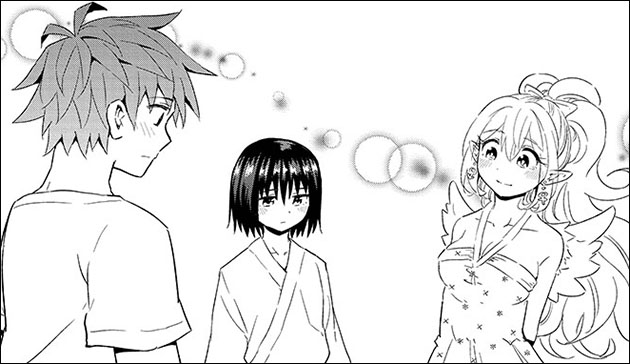