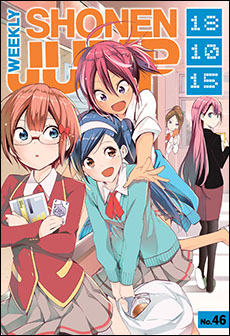 The lovely ladies of We Never Learn grace our cover this week. This is a manga that I've grown to absolutely adore. I usually like all the manga in Weekly Shonen Jump, but some work their way into my heart more than others. And this one, with his wonderful characters, ingenious comedic setups and good-hearted nature, has thoroughly won me over.

Yuiga's in a pickle! Well, actually he's at a booth opening his heart about his dear friend (and kinda crush), Uruka. Lately, she's been distant and he's starting to wonder if it's something he did. But you'll never guess who's under the table! Classic We Never Learn setup! 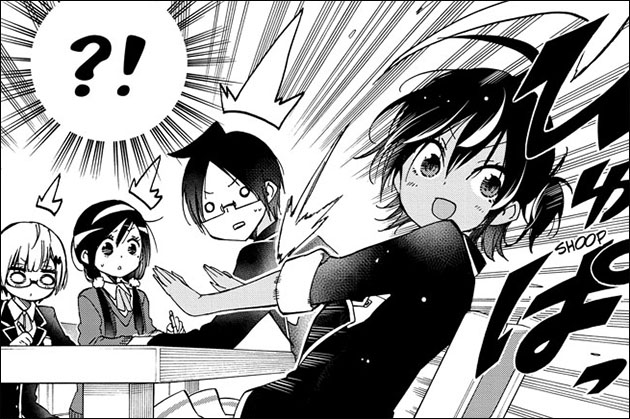 The training battles continue at U.A. as the losers from the last match lick their wounds. Or more like, have their wounds kissed by Recovery Girl. But before the next fight, All Might makes a surprise appearance and has some important issues to discuss with Deku. A new threat? Words of encouragement? Find out what he has to say and also who's in the next match!

From the creator of Yu-Gi-Oh! comes a manga that's totally different. There's no card battling or crazy hair in this manga, in fact, the art style is so different you'd never guess it came from the mangaka whose pointy-haired hero saved the world by playing a children's collectable card game. This new tale is a murder mystery that centers around a struggling shojo artist. Prepare to see Takahashi Sensei in a whole new light!

A potential gang war is brewing aboard the Black Whale. As if there aren't enough problems and bloodshed with the succession battle! Can it be stopped before total chaos breaks out? Plus, the psychotic Prince Tserriednich continues his Nen training. If he learns it, will anyone be able to stand up to his demented demands?

This new arc continues to blow me away every week and this new chapter ups the ante by introducing the first round of evil chefs. Spoiler: They're hilariously awesome! I can't wait to see what kind of diabolical cooking techniques they have, especially some of the more eccentric ones. Actually, they're all pretty eccentric, but some are delightfully out there! 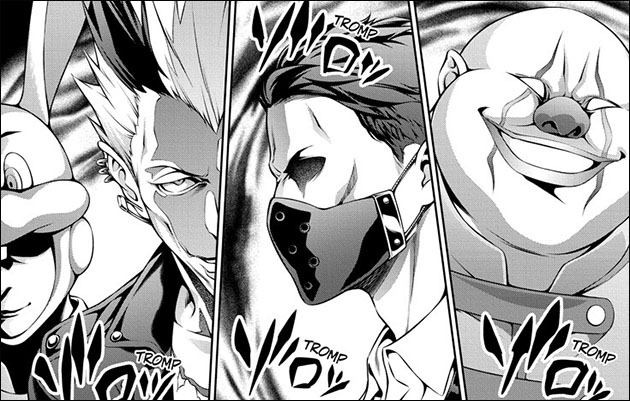 It's been a long battle full of more twists and turns than a bag of gummy worms, but now it's finally come to a head. Senku's nitroglycerin paper airplanes have had quite the effect on Tsukasa's troops. Massive explosions are impressive enough in our world, but just imagine if you've never seen one before. But Tsukasa's not one to give up easily. So is this really the end, or is the battle about to shift gears again?

The war for the Clover Kingdom continues as Noelle and Nozel team up to show off their royal lineage. They've had differences in the past, but this new evil enemy has brought them closer together than ever. Can Noelle control her magic and save the day? Find out! 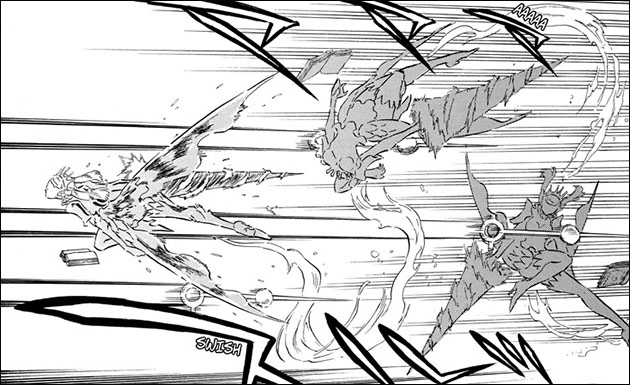 With Emma and the rest of the kids on the run, Lucas and Yugo go back into the compound to get some tasty revenge. But there's an old saying--if you're seeking revenge, you should dig two graves, one for your enemy and one for yourself. Is this decision going to come back and haunt them? 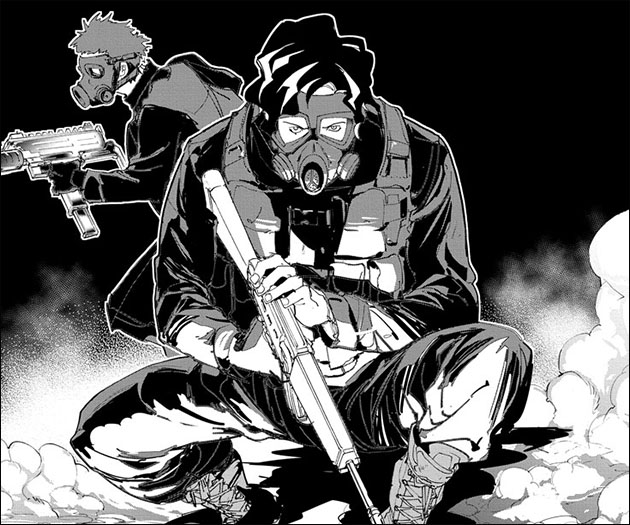