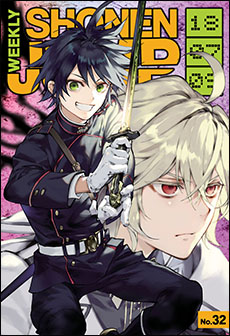 Seraph of the End: Vampire Reign cover art never fails to impress. No matter how many times I see it, it always blows me away. The colors, the lines, the shading, there's just something visually arresting about this art. Yamato Yamamoto has no shortage of talent and a really cool name!

Flashback chapter! And one that goes waaaaaaaaay back, like to medieval days! That's the fun of stories with vampires, they live forever (unless they forget their sunblock) so their flashbacks can span centuries. Get ready to see the moment when two very special characters first met!

A few chapters ago, we saw the half of the Straw Hats doing all kinds of wacky things undercover in Wano. Well, this chapter shows us how the other Straw Hats, lead by Luffy, make it there. Or do they?! Looks like the new arc is well underway!

Leuvis has fallen! After one of the best battles I've read in this magazine, the strange, proud, but totally evil demon has finally been felled. But so has Emma! And she's in bad shape. Although the demons in Goldy Pond have been destroyed, the children are still in the demon world and far from safe! 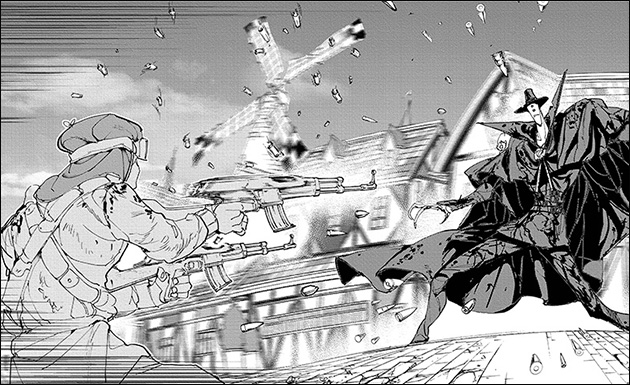 Boruto fans have been going nuts since they first laid their eyes on the exceptionally cool looking Kawaki. And in this chapter, we get a look at him in action and he's a ninja to be reckoned with. But aside from being incredibly powerful, not much is known about him. Not even how he relates to Boruto. Mysteries abound with this new angsty guy with great hair!

The biology room is haunted! So naturally, Yuiga has to spend some time in there tutoring Ogata. But what evil lurks in there? Possessed Bunson burners? Zombie frog specimens? Or something even more sinister? Find out and see how Yuiga and Ogata deal with the supernatural! 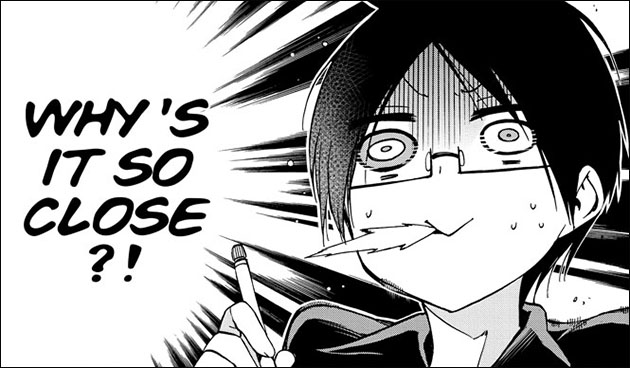 With his new cell phone, Senku reaches out and touches someone! And that someone is none other than Taiju! Who's been missing from the story for so long I forgot his name. But he's back and so is Yuzuriha. Senku's about to put the next phase of his plan to win a bloodless war in motion. See what he's got up his sleeve!

Taiyo's gone back to his normal quiet life after a collabo with Alice, the school's up-and-coming singer. But, like a wrecking ball, she crashes back into his life. And she won't stop believing that he's got the right stuff. Even though she's only got eyes for him, he kinda wishes she wouldn't stand so close to him. It takes two to make a thing go right, but is he willing to risk living on a prayer? 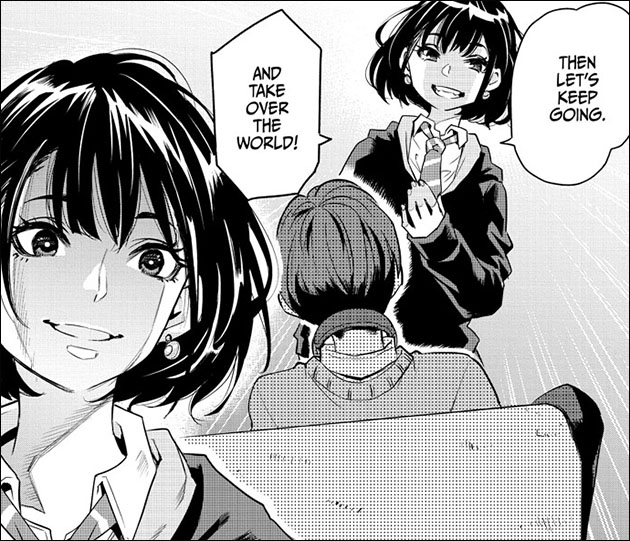 Asta and friends have done what seemed impossible just a few chapters ago--broken the elves' spell and got their friend Luck back. But elves have taken over several bodies and this fight took all they had. Time to regroup and come up with a plan. But when they return to base things go from bad to worse!

The final chapter of one of the wackiest and most memorable JUMP STARTS ever! I will definitely remember a character that fights with exploding business cards! I'm really hoping this time traveling businessman comedy manga finds an audience in Japan and here as well, Ganbatte, Seiji Tanaka! 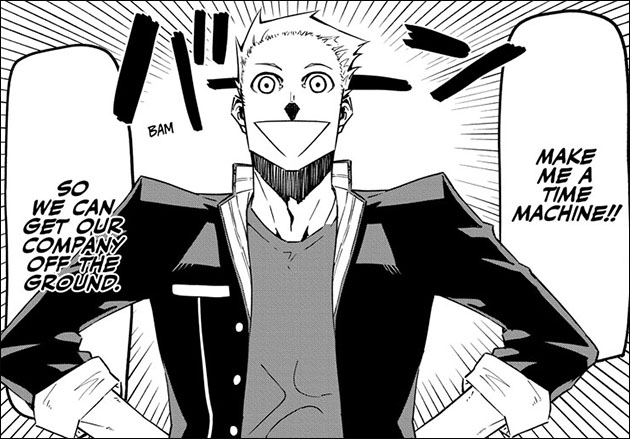 Not to fanboy out, but OMG, I'm so happy the evil chef Noir storyline is continuing! And in this chapter, we get to see a whole bunch of tough guy villain chefs, which is hilarious. And get ready for the shocker of a lifetime when we find out who's behind it all! If you guessed Guy Fieri, you're wrong! But that would have been hilarious.

Shocking chapter of Blue Exorcist! This manga has been going for many years and most of its central mysteries have remained secret...until now! Now the information is coming out like a firehose. But I'm not complaining, I, like many other fans, have been thirsty for so long, this deluge of info is refreshing. Get ready to try and take a drink out of a firehose! 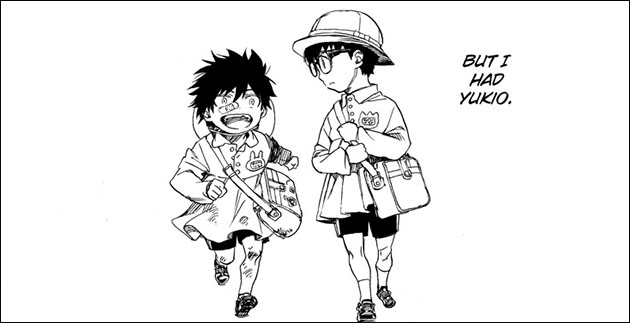