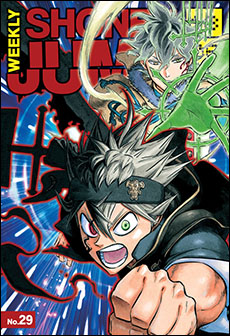 Another amazing cover by the immensely talented Yûki Tabata! One of the best things about the English-language Weekly Shonen Jump is our covers. Unlike the Japanese ones, they're very clean in terms of text so you can really get a great look at the art. It's our way of celebrating the incredible talent of the mangaka who make the magazine a success.

The evil elves have taken over the minds of some of the Black Bulls and the others aren't having it! One bit! They're going all out to try and break the spells that possessed Luck, but it's not going well. How the heck do you fight your friend without hurting them? And especially when they suddenly have seemingly insurmountable magic powers! How indeed! 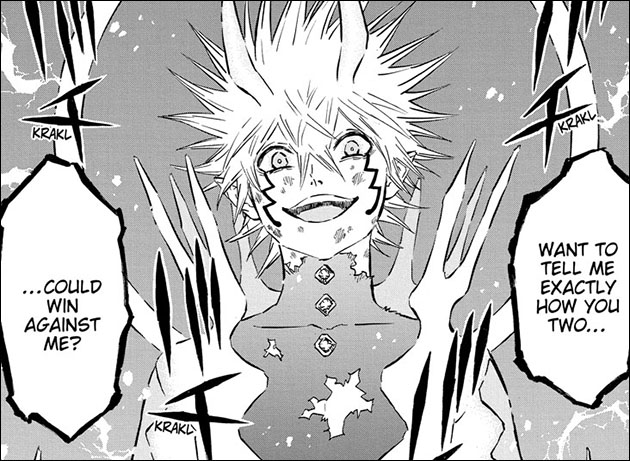 With the Reverie right around the corner, the whole world of One Piece is converging. Old friends and old enemies alike continue their trek to this conference to end all conferences. With all the disruption Luffy and Co. have been causing, the world's on the brink of chaos as old power structures have been threatened. What will this meeting of the major governments bring? One thing's for sure, it probably won't be good!

I know I'm not supposed to root for the bad guy. Of course, I want the good guys to win and this terrible demon to get what he deserves. But he's so cool! I call it the "Darth Vader Effect," when a villain is so cool you end up liking them almost or as much as the hero. And Leuvis may even be cooler than Vader because he has a sweet one-eyed monkey demon pet!

One thing you can never underestimate is Inagaki Sensei's ability to constantly surprise readers again and again. This chapter absolutely boggled me and in the best possible way. Even if you were Einstien smart and had a team of Nobel Prize-winning scientists armed with supercomputer factoring possible outcomes for what will happen in the next chapter they'd still have a tough time. Fun chapter coming up!

Man, Yuiga gets himself into the most ridiculous situations. Stuff that stretches my ability to suspend disbelief almost to the breaking point, but never quite. It's a testament to Tsutsui Sensei's storytelling skills that he knows just how far he can take things without losing the reader. This chapter is a perfect example as Yuiga finds himself in a cat mascot suit climbing through air ducts face to face (or face to butt) with Kominami! Could that happen? I guess. Is it funny? You bet!

A new story arc! A new plotline! New enemies! New naked people! To quote Rick Flair the Nature Boy, "Wooooooo!" I don't know if this arc will last that long or if this is just a wacky new side trip, but it's really funny. And an epic idea for a new direction!  Wooooooo!

Endeavor's been one of the coolest and intriguing characters in the manga since he first appeared way back in the early volumes. He was kind of portrayed almost as a villain. And Todoroki obviously had major issues with him. But there's no denying his power and he is the number one hero, so I'm sure you, like me, have been aching to see him fight--well you'll get your wish this chapter! And it does not disappoint! Plus, a tiny bit of backstory that may shed a little light on his family issues.

This is it! Robo-kun's finally in real trouble! His achille's heel has been his lack of stanima. It's come back to haunt him again and again, but now he's completely out of gas. Without any juice leftover for the next swing, how can he possibley win? Is it all over?!

One-Punch Man
story by ONE, art by Yusuke Murata

Last week's INSANELY LARGE chapter was an absolute mind-melter in terms of art and battle action, but this week's is just as compelling because we get to spend a little time with some of the side characters. Main characters are cool, but the supporting cast in this series is one of its greatest strengths. And as usual, Puri Puri Prisoner steals the show! 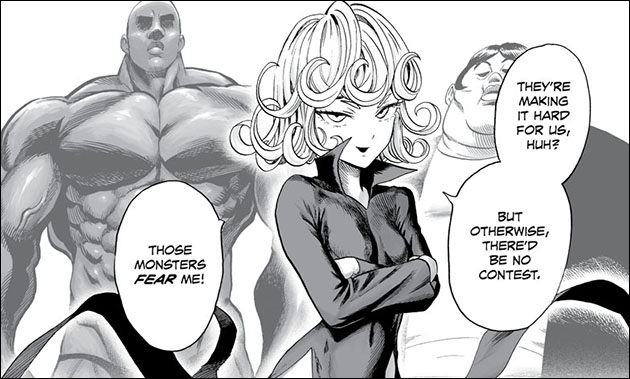