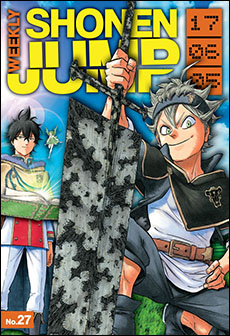 Feast your eyes on this beautiful Black Clover cover art! Then feast your eyes on the massive 300+ page issue that follows! All the regular weekly series, plus Blue Exorcist, Boruto, Seraph of the End! Your eyes are gonna be really full after all that feasting, so pace yourself!

If your eyes still have some room left, then feast them on this incredible color spread! We rarely get to see the Black Bulls all together like this and it's impressive! Then Asta gets all fired up when a tournament is announced. And not just any tournament—a Magic Crystal Destruction Battle Tournament! Enjoy! 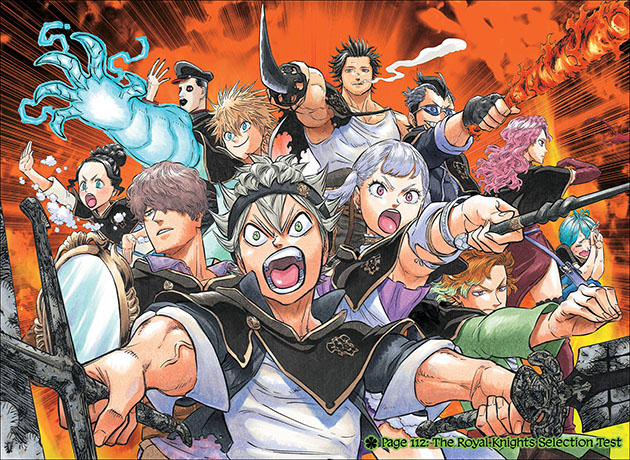 This story is getting complicated! Kureto's been possessed! And a very complicated one at that! One that demands he give into his lust and greed. Can the normally disciplined Kureto satisfy this dirty bird demon? And what will his friends think when he starts getting frisky?

Boruto finds out there's more to his friend Tento than meets the eye. But when Tento suddenly gets kidnapped, Boruto springs into action to help his newfound friend. It's a dangerous mission and the wrong move could be fatal! Can he rescue Tento without getting him killed in the process?

The secret of Robo-kun's incredible golf ability is revealed! And it's so simple, you'll never believe it! Golf instructors hate him! His weird old tip for being a golf master has impressed Rion, but is it enough to get him accepted with top dogs of the golf club?

Now that the kids have survived their first trail, kid-eating trees, they have to figure out what to do next. But before they make a master plan, they have to address the basics of survival--food and water! It's a big forest and they've spent their whole lives in a cushy orphanage. The struggle continues!

The great Italian chef Julio is down for the count! And now The Resistance has won two matches in a row, but there's still one more battle before the round is over! And this is just the first round! It's gonna be a long and dramatic battle in this high stakes shokugeki!

Get ready for an eye-popping chapter of We Never Learn! When Yuiga gets trapped in the sauna with a bunch of half-naked girls, things get a little hot under the collar. And if the girls find out he's in there, even if it's by accident, they'll definitely be steamed! Wacky steam room antics coming your way! 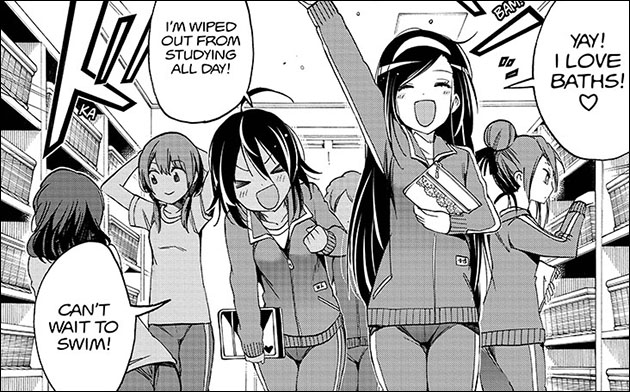 Flashback time! Guess what happened to Senku when he first woke up from his 3,000 year stone nap. If you guessed that he gets judged harshly by monkeys, you're correct! But that's not all! Find out what the first things he set about doing were in his lofty goal of restarting civilization!

The attack on the yakuza compound is going well so far for the heroes, but now some of them have been trapped. Mirio runs off ahead with his Quirk that lets him walk through walls, but the rest of the group has to fight yakuza assassins with some intriguing powers. Will a young hero, perhaps one with confidence issues, step up and conquer his insecurities?! Read the chapter to find out!

As Rin and his friends enjoy themselves at a wedding, Lightning's investigation continues. It looks like he may have found the link between the Knights of the True Cross and the Illuminati. But will he take things too far? Speaking of taking things too far, Yukio is becoming more and more unhinged as he battles his own demons...

This might be the most shocking chapter of One Piece in a long time. Big Mom's flashback continues and things are looking up for young Linlin. She even gets a huge birthday cake. But who could have predicted what happens next?!