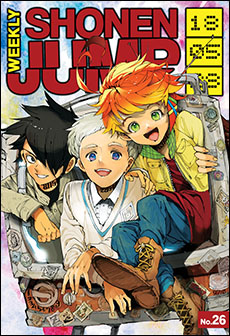 The Promised Neverland is getting an anime! Congratulations, Kaiu Shirai and Posuka Demizu! Ever since the manga started in the magazine, I've been hoping they'd make an anime out of it to reach a larger audience and it's finally going to happen. I can't wait to see all the cosplay and Internet buzz the anime generates. And I can't wait to hear Emma and Mom's voices. This is gonna be epic!

Hope you have long nails before you read this chapter because you'll be biting them all the way down to nubs! Emma and Leuvis clash and the only thing that's kept her alive this long is the fact that this demon likes playing with its food. But like every mouse getting batted around by a cat suspects, it's just a matter of time before the end. Can this mouse buck the odds and find a way to turn the tables? Has a mouse EVER beaten a cat? 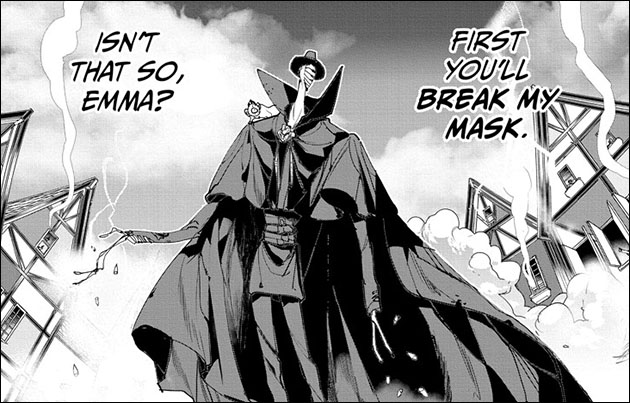 A new arc is upon us! And after that Big Mom battle, it's gonna be hard to top something that entertaining (and insane!). But if there's one thing Oda Sensei has the ability to do, it's constantly outdo himself. And just when you think it can't get any crazier, it totally does! Can't wait to see what this new arc holds in store for us!

The hero billboard chart is released in this chapter! What does that mean? That means you get a chance to find out who the top ten heroes are. I was surprised and intrigued by some of the rankings as I'm sure you'll be. I was also kinda mad Mineta (Ball Boy) wasn't even on the list. Hrmph! How do they even get these numbers?

Momiji's been having a rough time both on the shogi battlefield and in the...bathroom? Turns out, all this intense action is wreaking havoc on his stomach and he's spending quite a lot of time on the ivory throne. How can he ever hope to make it to the top if everything keeps coming out the bottom? Find out if he can clench another victory or watch it all go down the drain.

The shokugeki to end all shokugeki is over! The evil Dean Azami has been thoroughly defeated by his upstart daughter, Erina! Nothing tastes sweeter than victory, not even the food they make in this manga. And now it's time to see what the after effects of this major upset will be. The kids have taken over the school, but can they actually run it? 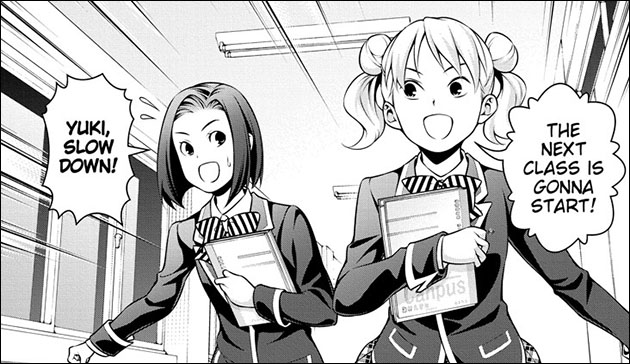 If you wanted more wacky alien antics, then you'll be very happy with this chapter! But this time, it's not about Sorajima, it's about his weird little alien dog. This "dog" named Lululu has a bad habit of breathing flames and setting things on fire! And when Sorajima takes Lululu for a walk and bumps into Aiba, the crazy girl who thinks he's an alien, things get out of hand!

Ladies and gentlemen, after many thrilling chapters and dramatic happenings, there are cell phones in Dr. Stone! Now, Senku sets out to invent social media, so everyone in the vilage can comment and like what everybody else is doing. Just kidding! Senku's got all the pieces of the phone created and everything set up, but the big question is--will it work? And how will they even use it? And how big will their phone bill be? All will be revealed!

It's school festival time! In Weekly Shonen Jump, it's always kinda school festival time, but this festival is special, because there's a legend--if a boy and girl are touching at the precise moment the first firework explodes...they'll become a couple! You can see the comedic potential in that setup, right? Enjoy! 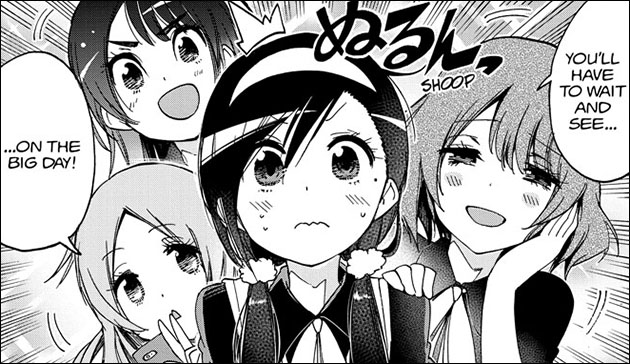 Robo-kun's majorly muffed it! His ball has landed in the rough! But not some wispy strands of grass, a thick full lush bush that's buried that ball below its green tangled weave. Robo-kun's gotten himself out of seemingly impossible scrapes before, but this time his super human-robotic accuracy may not be enough. Where's a weed whacker when you need one!