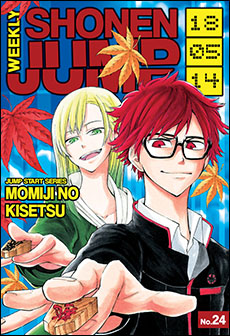 Put on your happy pants and do a happy dance, because it's a new JUMP START! I love JUMP STARTS! There's just something magical about a brand spanking new manga. Each one is a seed that could potentially grow into a mighty hit that dominates the world. And that's what I always hope will happen. I'm a cheerleader for every JUMP START! Ganbatte, Satosho Sensei!

Momiji Kuramichi has all the passion in the world for the game of shoji. Unfortunately, he has none of the talent. This is especially frustrating because his brother was a legend in the game. How can he be such a flop? He's developed a unique way of dealing with his frustration—head-butting everything! But you can't headbutt your way to victory in shogi. Is he doomed to wither under the shadow of his brother forever?

Ray and the Nameless Geezer have arrived just in the nick of time to save the kids from certain doom. The demons have been whittled down, but now they’re fired up and more vicious than ever. Even with the addition of the super smart Ray and super nameless Nameless Geezer, they still might be in over their heads. One thing’s for sure, the bodies are piling up!

While the world (and me) are still reeling from last week’s chapter, Oda Sensei takes the story in a new direction by introducing some brand new characters. Are they good? Are they evil? Are they funny? Of course, they’re funny, it’s One Piece! Find out who they are and what role they’ll play in the upcoming Reverie! 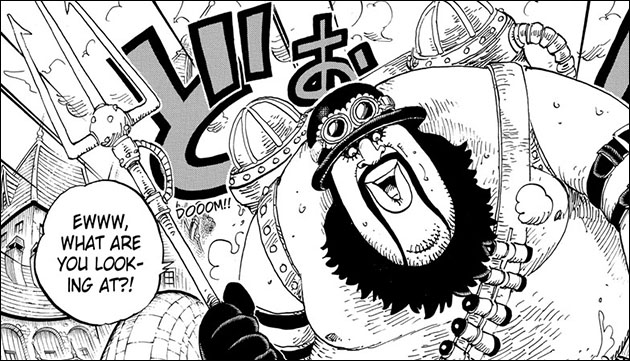 Food Wars! is killing it right now! It’s got me glued to each page like I’ve never been before. And this chapter blows the lid of the big pot of awesome sauce that’s been boiling over for a while! The big question on everyone’s mind--will Dean Azami get naked or not--has been finally been answered!

Robo’s done it again! He’s defied the odds with his super robotic golf playing powers! He’s managed to pull off a feat so unbelievable that everyone’s like, “WHAAAA?!” Find out what his next astonishing golf move is! 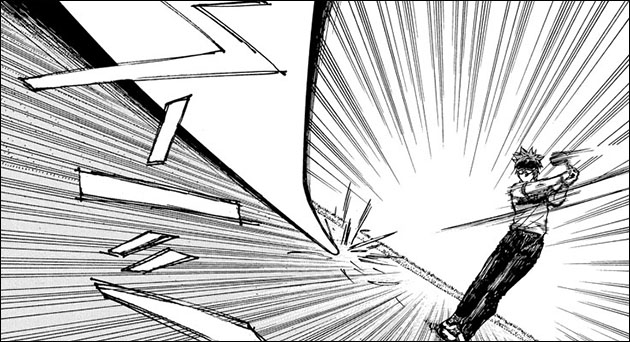 Tungsten! I never knew a damn thing about Tungsten! Now I know a whole bunch of stuff about Tungsten. That's the power of Dr. Stone! I've actually learned quite a bit about science from reading this series. And learned it in the best possible way--while being entertained. Although I admit, if I woke up after 3,000 years, I probably wouldn't be able to make many scientific things. Maybe not even a fire. Anyway, in this chapter, you'll learn all kinds of things about the miracle element, Tungsten!

For those about to rock...WE SALUTE YOU! And this chapter rocks, indeed! Like the rocking-est rocked out super rocking manga chapter of all time. The kids of U.A. put on their big music show and it's gonna BLOW YOUR MIND! Enjoy! 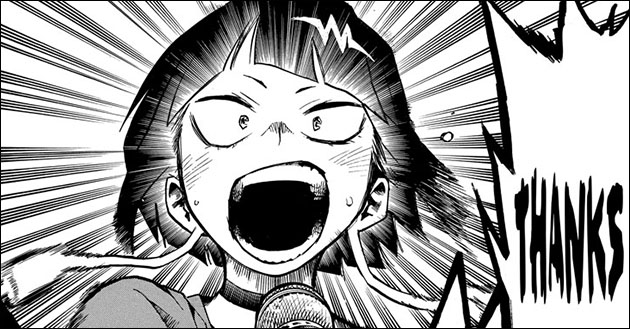 The magical battles in this manga are insane! They've always been over the top and quite beautiful to look at, but these recent chapters have ratcheted everything up several notches. Especially with the recent arrival of the uber-powerful, and uber-evil, elves. But Asta and Yuno are still in the fight, and it's not over yet!

Ogata's old friend and admirer Sekijo's planned the perfect day for the two. Sekijo's love for Ogata knows no bounds, and she wants this day to be amazing. But when someone unexpected shows up (Yuiga, of course!), things take an unexpected turn. Find out if she can salvage her special day! 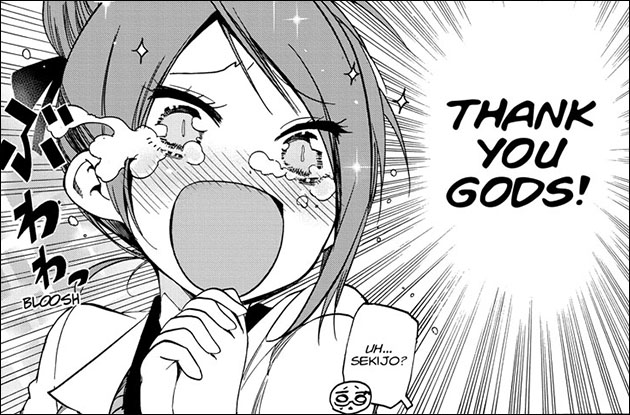