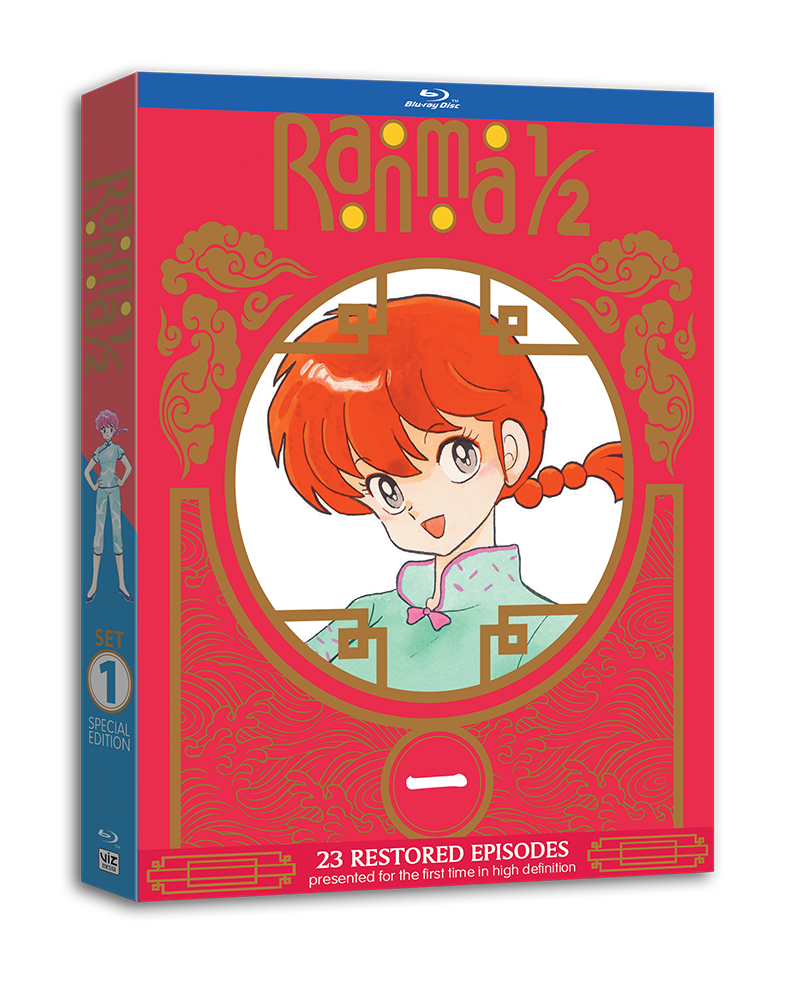 After taking a surprise dip in a cursed spring while on a training journey in China, martial artist Ranma Saotome and his father, Genma, aren’t quite themselves anymore. Now Ranma turns into a girl whenever he’s splashed with cold water, and Genma turns into a panda! Their new forms cause nothing but confusion at the Tendo dojo, where Soun Tendo is waiting to introduce one of his three daughters to Ranma—as his fiancée! Turns out Genma and Soun arranged the match long ago, but the girl, Akane, and the boy, Ranma, aren’t exactly crazy about the idea, or each other! Or are they? Watch the gender switching, jealous rages, and martial arts battles unfold all over again!