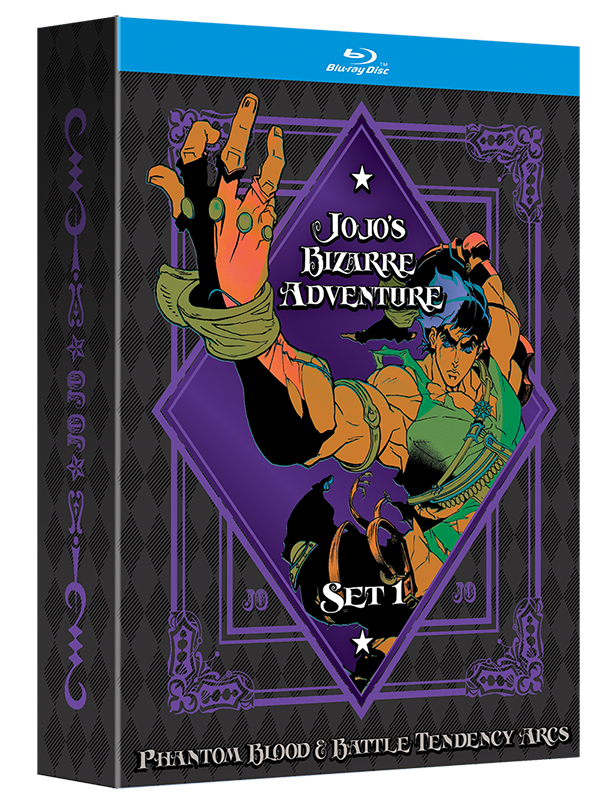 Set in Victorian England, “Phantom Blood” chronicles the origin of this tale of hope and slaughter. Jonathan Joestar lives a life of aristocratic privilege until his father takes in an orphaned boy named Dio Brando.

Though they are rivals from the first, events turn darker when Dio discovers a mysterious Stone Mask that grants its wearer terrible power—at the cost of a vampiric curse! Jonathan must then realize his own latent powers to defeat his newly immortal brother.

More about this set: The video on this Blu-ray is sourced from the original Japanese Blu-ray master and is uncensored. Audio is presented in both English and Japanese with all-new, completely rewritten English subtitles updated for this special release. Additionally, all of the original opening and ending songs are featured in the product as they were in Japan, including the popular ending song, Roundabout by YES. 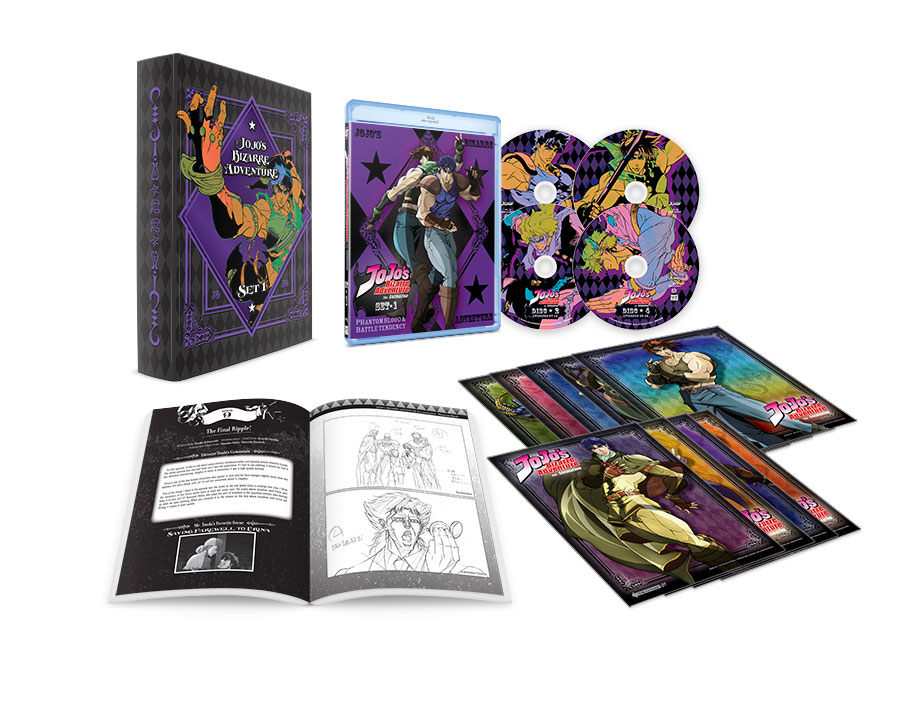