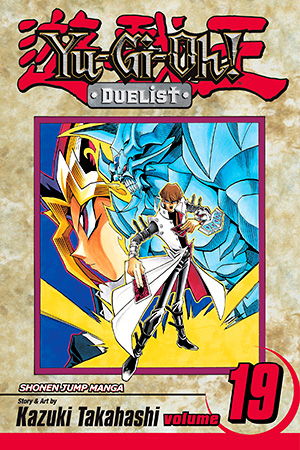 Kaiba faces the mysterious eighth duelist, Ishizu Ishtar, the woman who gave him The God of the Obelisk...and now she's taking it back! Even though Kaiba has an Egyptian God Card, Ishizu has the Millennium Tauk, which gives her the power to see the future! Kaiba's only hope for victory may lie in the sands of time, in the secrets kept for centuries by the mysterious Egyptian Tomb Guardians. But even Kaiba may not be ready for the horrifying secret origin of the mad heir of the Tomb Guardians, the last of the line. His name is Marik Ishtar...Ishizu's brother!