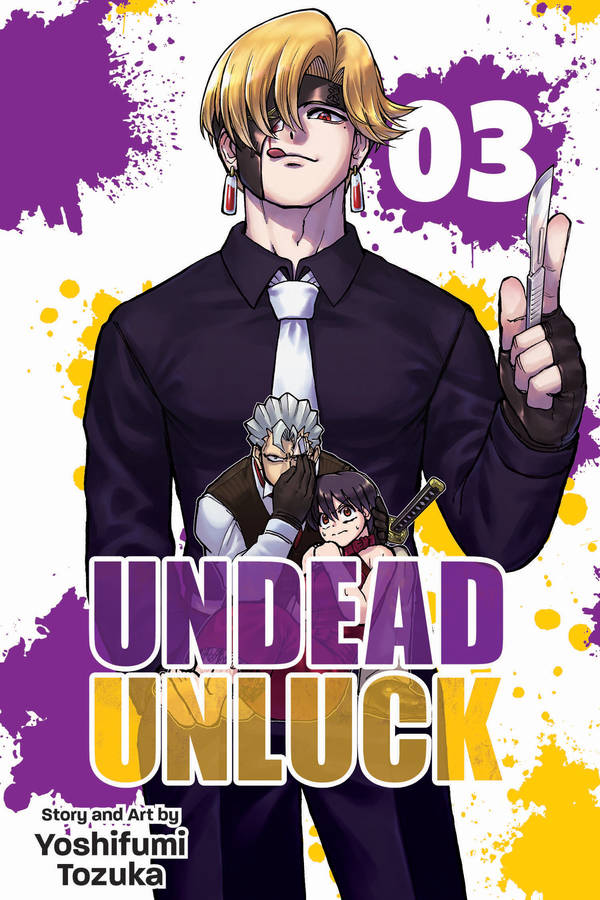 Andy has transformed into Victhor and the members of the Union have assembled to stop him. As a furious battle unfolds, Fuuko decides to join the fray to return Andy to normal. But she’ll need to touch Victhor to use her Unluck against his Undead powers, so she does the unthinkable and leaps right at him!