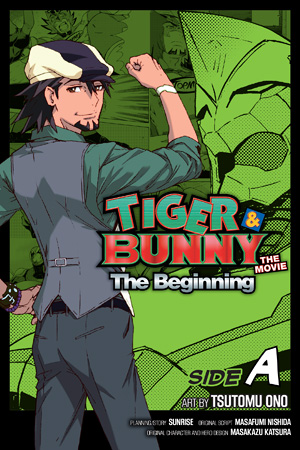 In the city of Stern Bild, superpowered heroes known as NEXT fight crime while promoting their corporate sponsors for the hit show HERO TV. Veteran hero Wild Tiger has years of experience fighting crime, but when his ratings slip he’s forced to team up with Barnaby Brooks Jr., a rookie hero with an attitude. Part 1 of this two-volume manga adaptation of the Tiger & Bunny: The Beginning animated film introduces you to the exciting world and characters of Tiger & Bunny!