What will the six Matsuno brothers do to stay out of trouble? Not much!

Forget double the fun because here’s a series that amps up the insanity six silly ways! The Matsuno sextuplets are quite a bunch. One’s always hanging out at the local Pachinko joint, one un-ironically wears sequined pants, one is a total otaku with a fancy for idols while another brother would rather just loaf around with some cats and his own ennui. The fifth brother loves baseball but was probably dropped on his head a couple times and then there’s the youngest, who really leans into that sweet baby brother angle, if you know what we mean. None of them have jobs, but they do have one heck of a tab run up at the local Oden stand! With so many brothers with too much time on their hands, there’s sure to be some crazy (and raunchy) adventures!

Stream Mr. Osomatsu on Pluto TV and other streaming platforms!

The boys are back and lazier than ever!

After the world-shattering success of their first season, and by popular demand from all sections of the galaxy, the now grown-up sexy-tuplets from the hit manga Osomatsu-kun figured, “Another season? Why the hell not?”

The Reviews Are In!

“Aren’t people tired of watching these six NEETs? They should want more of me!” – Iyami, Anime luminary

“This time those six dumb@$$#$ better make enough to payoff their tab at my foodcart.” – Visionary chef Chibita 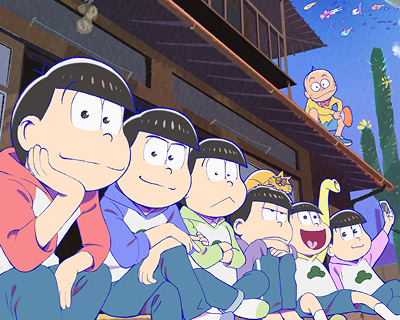 Never miss a new release. Add Mr. Osomatsu to your favorites, and start following it today!