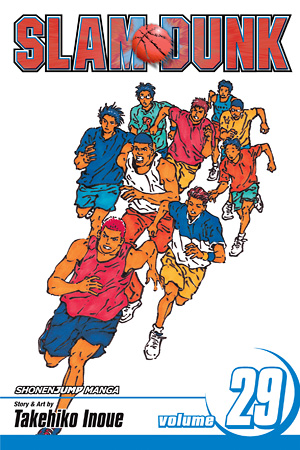 With seven minutes left in the second half, Shohoku slowly chips away at Sannoh’ s large lead thanks to Sakuragi’s rebounds. But Sannoh’s star player Sawakita isn’t going to sit still for that! Faced with an apparently unstoppable opponent, Rukawa and Sakuragi both have to dig deep to understand themselves and their own game, and become the basketball players they were meant to be!