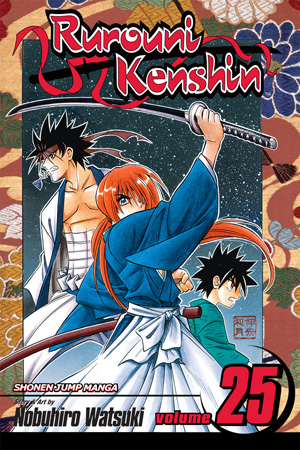 Kujiranami, the giant whose right arm Kenshin severed during the Bakumatsu, escapes from prison and goes on the rampage. He is armed with a frightening new weapon, and the police force is helpless against his wrath. One warrior has the courage to stand up to him: Myôjin Yahiko, Kenshin's youthful ward and Kaoru's only student in Kamiya Kasshin-ryû. And while it's true that Yahiko's skill has increased, will he alone be able to stop a deranged Kujiranami? If Kenshin doesn't do something quick, this will certainly be Yahiko's greatest--and last--battle!