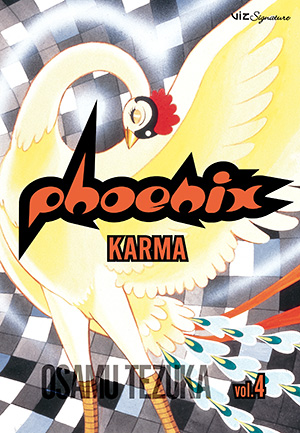 This fourth volume of Osamu Tezuka's acclaimed Phoenix saga is set in 8th-century Japan and tells the story of two men: the hideously deformed mass murderer Gao and the handsome and gifted woodcarver Akanemaru. Fate brings them together when Gao cruelly stabs Akanemaru in the arm, crippling him. They part, but their destinies remain inextricably linked as both find their spirits tested in a series of personal and professional trials. Beautifully set against the religious and political upheavals of the time, Karma is considered by many to be the best volume in the entire Phoenix series.