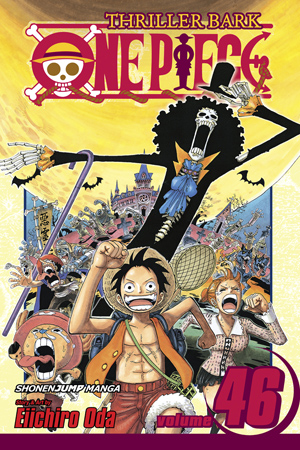 When the Straw Hats encounter a mysterious barrel on the open sea, little do they know that it's a trap. Losing control of their ship, they're steered toward Thriller Bark. Any rational sailor would think twice before going ashore on an island full of zombies. But with Luffy at the helm, the Straw Hats are in for a scare as they become the targets of the dreaded Gecko Moria!