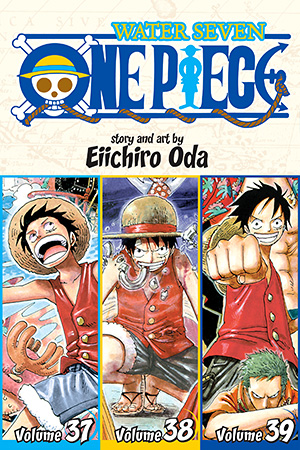 The CP9, a group of anti-pirate assassins on a quest for the superweapon called Pluton, has Luffy’s Straw Hat crew in its sights. In a high-stakes chase, the Straw Hats must survive an epic tidal wave and catch up to a hurtling sea train full of enemies to save their newest member, Nico Robin—along with mysterious shipbuilder Franky—from CP9 clutches. Will Luffy’s stubborn soul and seat-of-the-pants style cut it against a gang of heavily armed World Government goons?!