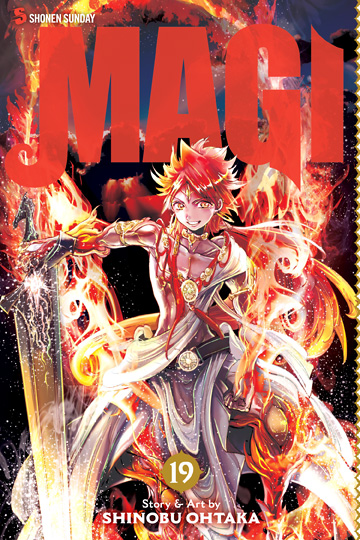 Magi: The Labyrinth of Magic, Vol. 19

Magomett, the leader of Magnoshutatt, learns that the Kou Empire plans to attack while the city is weak from fighting against Leam. In desperation, he uses the Magoi Reactor to create a terrifying blackness in the sky. The very essence of the world is now threatened, and Aladdin must summon his most powerful allies to try to stop it!

Magi: The Labyrinth of Magic, Vol. 20

Magi: The Labyrinth of Magic, Vol. 21

Magi: The Labyrinth of Magic, Vol. 22

Magi: The Labyrinth of Magic, Vol. 23