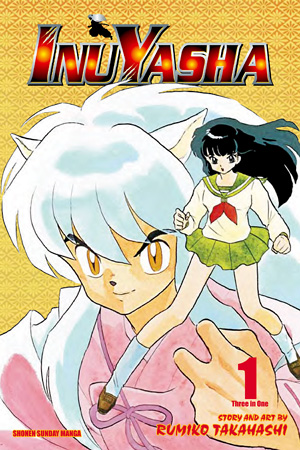 After falling into an old well and into ancient Japan, Kagome discovers that her destiny is linked to the dog-like half demon called Inuyasha! As Kagome learns more about her connection to the past and to Inuyasha, she comes into conflict with the terrible demons that are drawn to the Shikon Jewel, including Inuyasha's own half brother, Sesshomaru. Finding the shards of the Shikon Jewel is going to require powerful magic, strange allies, and a strong heart. Kagome's got plenty of heart, but she's going to need Inuyasha's help for the rest of it, and he may not be so willing to lend a hand!