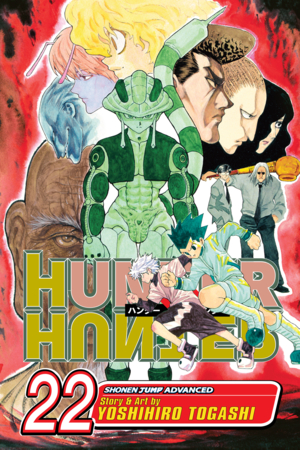 Having lost their queen, the Chimera Ants are spreading beyond their native homeland to establish their own colonies. Some attack Meteor City, and the group of assassins known as the Spiders, are called home to fend off the invasion. Meanwhile, in the Republic of East Gorteau, Gon and Killua realize that entire populations of towns are going missing. They decide to find out what's happening and try to stop it, but Gon soon realizes he's not alone, and whoever's following him is not friendly!