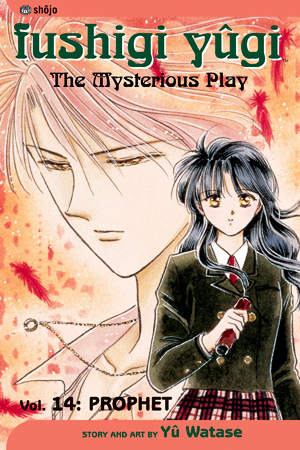 When Miaka was whisked away into the pages of a mysterious old book, she began a dual existence, divided between her life as an ordinary schoolgirl in modern Japan and her role as a priestess in a fictional version of ancient China. Priestess Miaka and her Celestial Warriors saved the earth from destruction, and in the wake of their triumph, Miaka believed that the world of the book was closed to her forever… but she was wrong!

The voice of the god Suzaku is invading Miaka’s thoughts, and she is given a new mission: to restore the balance of power between the four gods. To do it, Miaka must defeat a new foe—a rising, monstrous power with ambitions to take over all of the universes!