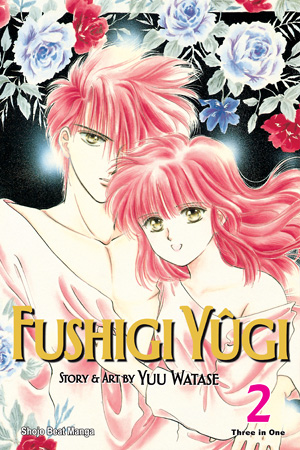 Yui has sworn revenge on Miaka, embittered by the belief that her best friend had no intention of rescuing her from the Qu-Dong empire. Now Yui has become the Priestess of Seiryu, the enemy of the Hong-Nan empire, and a love rival for Tamahome's affections! Tamahome leaves Miaka to travel to Qu-Dong in an attempt to stop a war between the two territories from breaking out, and Hotohori starts to woo Miaka in his absence. Laden with Hotohori's gold and a big appetite, Miaka embarks on a journey to find the remaining three Celestial Warriors, who will help her in her quest to save the Hong-Nan empire and return home. But her search leads her into a lair of bandits and to a plague-cursed town where she has to die to survive!