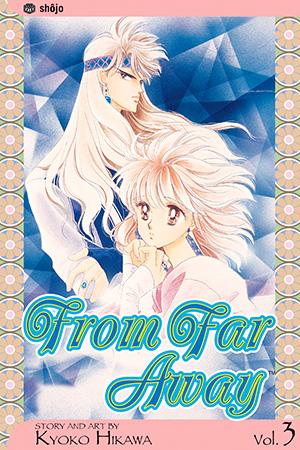 With each passing day, Noriko discovers more and more about the strange and chimerical world she now calls home. And the more she learns...the more frightened she gets!

Everyone around her is talking about an ancient prophecy and the awakening that will usher in a new epoch. To some, this foretold era is fraught with uncertainty and danger. To these people, the power of the awakening must be eliminated.

Ever so slowly, Noriko starts to realize that she, somehow, embodies the gift of the awakening. With the help of a valiant hero named Izark, the young teenager has thus far eluded the attention of those who wish to destroy her. But secrets are hard to keep...and with one misspoken word, Noriko could seal her very own death!