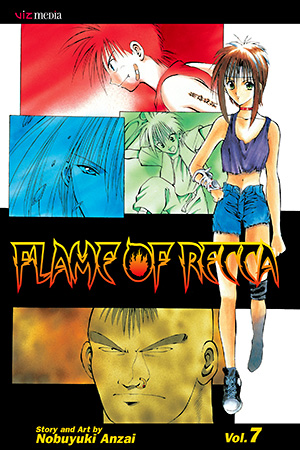 Once a year, the world's most ruthless assassins band together under the Death Dome for a deadly martial arts tournament. It's kill or be killed in this annual clash of the team titans.

Forced to participate in this bloody headbangers ball, Recca and his crew have thus far defeated every opponent they've met. But, really, what choice do they have? At stake is the life of young Yanagi Sakoshita, the girl who Recca has vowed to protect forever.

Recca's gift is his power to manipulate fire. But the teenage ninja also hosts the power of the Eight-Headed Dragon inside him. When Team Hokage's latest foe discovers a way to release one of these dragons, even Recca must bow to the serpent's cruel and temperamental anger.