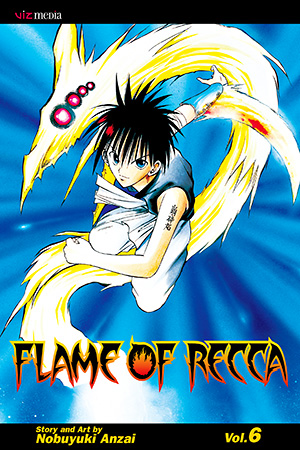 After an exhaustive and hard fought battle, Recca Hanabishi and Team Hokage have earned the right to advance to the second round of a deadly win-or-die combat tournament.

But before they can enjoy the spoils of warfare, they must jump into the fray one more time. In the next round, they square off against a group of assassins answering to Recca's older half-brother, Kurei.

For 400 years, Kurei's been jealous of his brother's privileged status in the ancient and secret Hokage Ninja Clan. With genetically altered bodies containing the DNA of wild animals, Kurei is hoping his assembly of assassins will do what he's never been able to do: kill Recca!