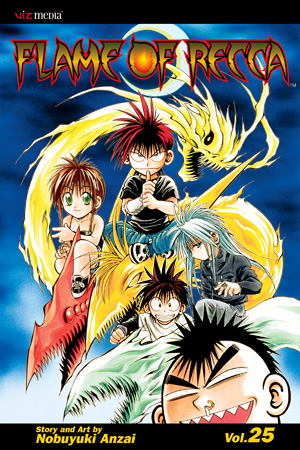 The final battle has begun, pitting ultimate good against ultimate evil! On one side: the power-mad Koran Mori, now transformed into an insatiable monster determined to destroy Yanagi's life-giving power. On the other side: Team Hokage and an army of friends and allies. To save Yanagi, Recca and his friends must penetrate Koran Mori's fortress, a secret mountain laboratory crammed with genetically engineered monsters and a supernatural army of darkness. Faced with everything from bandage-tossing mummies to giant robot maids, can the forces of light prevail?