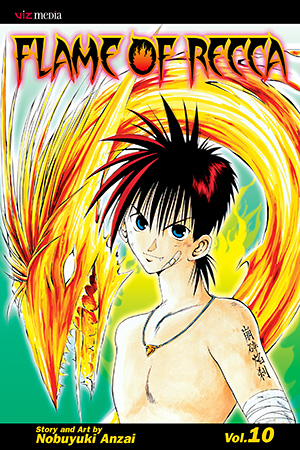 As a 400-year-old teenage ninja, Recca Hanabishi has recently vowed to protect the life of a pretty classmate named Yanagi Sakoshita. With the power of flame at his command, the hotshot shinobi is not shy about roasting a punk (or two) over a roaring fire.

But now, a battle-weary Recca finds himself grappling with someone known as "The Invincible One." As he looks down the barrel of the Demon Cannon, our hero begins to wonder: how do you defeat an indestructible enemy with an arsenal of human souls at his command?!!