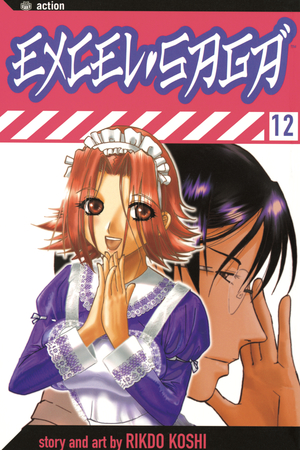 Sitting on a park bench…no, it's not Aqualung, but Dr. Shiouji, whose view of the slides and swing sets is being blocked by a beautiful girl--tall, voluptuous, just turned eighteen…in other words, not his type. But who is the mysterious Miss Umi, and why is she trying to get the Doctor's attention, pandering to him and the readers alike by dressing in a nurse's outfit, a maid's outfit, and yes, in desperation, a schoolgirl's outfit? Meanwhile, Watanabe is lost at sea with a dead albatross named Ha-chan around his neck. Will he give into the Coleridge-like temptation?