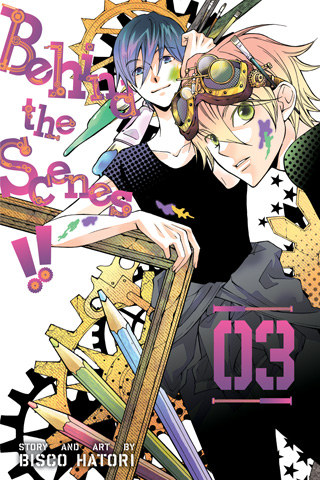 Ryuji Goda, Art Squad president and sterling example of self-confidence, has become anxiety-ridden Ranmaru’s greatest role model. Surely under the guidance of such a genius, Ranmaru will come into his own? But now a film camp at a remote mansion is putting Goda’s assurance to the test. Is Ranmaru up to the challenge of saving his mentor from his greatest fear—a child?!

If you like Behind the Scenes!!, VIZ Editors recommend: