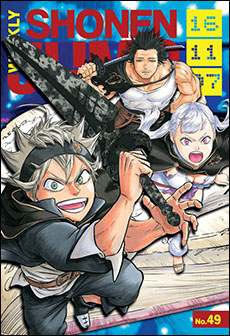 Another Black Clover cover? Two in a row! What does it mean? Nothing! At all. Really. It's not a conspiracy. We swear. Of course, the more I say it's not a conspiracy, the more it seems like one. But it isn't! It's just a random coincidence that doesn't mean anything. Seriously! It is a neat cover, though. And a rare cover appearance by the coolest Magic Knight Captain ever—Yami!

Asta's arms are back! After trying to cut them off in desperation, the queen of the witches has healed him using her incredible magic. Naturally, she's got an ulterior motive, but for now, she needs him to fend off the incoming invasion. For a guy with no magic, he's become one of the strongest characters in the story. Now it's time to get those swords a swinging! 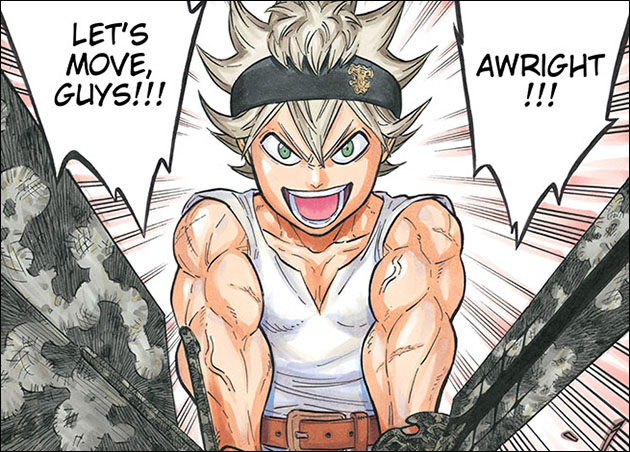 So much happens in this chapter, I wouldn't dare say a word for fear of spoiling it! Major events that will change everything! And something that's been incomplete for many, many chapters of the manga finally gets completed. A huge chapter coming up!

Lightning and his faithful assistant Bon continue to probe the mysteries of True Cross Academy. And their investigative work takes them to a very unlikely place...the bathroom of a high-ranking member of the academy! But what could they want in the bathroom? Are they out of toilet paper? Has the shower been possessed? All mysteries will be answered as they continue their quest to find out what happened on The Blue Night! 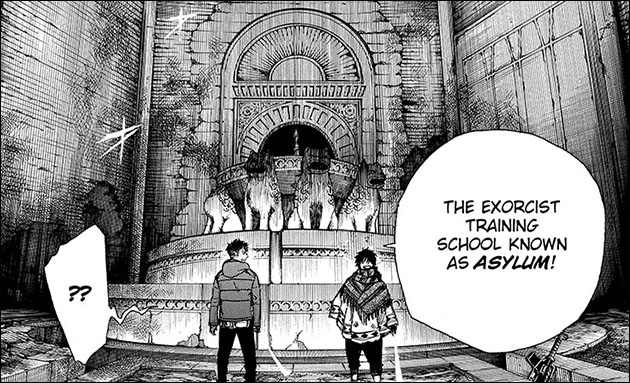 The results are in and not everyone has passed the test and gotten their Provisional License Exam! It's really sad, but it looks some of the characters will be moving forward. I don't want to spoil who made it and who didn't, but you'll be surprised! And maybe even mad. I was kinda mad. I'm still kinda mad!

Another chapter of RWBY, the manga prequel to the hit animated web series. Knowing next to bupkis about this series before reading this manga, I'm rapidly becoming interested in their world. There has been a lot of info that's come out in these last two chapters and this one adds even more. Plus, a really cool battle! Battles peppered with exposition! A classic manga technique! 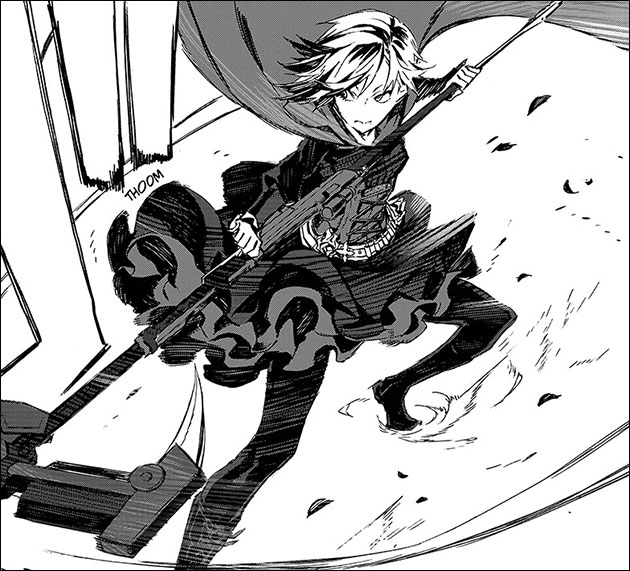 The Rank Wars are about to continue! Right now the gang is taking a look at some of the players and trying to understand their strengths and weaknesses. The upcoming matches will decide a great many things and the teams need to be at their very best. But it's pretty late to be fiddling around with stuff. Will they fiddle or not? Find out!

The secret of Soma's sauce is revealed! But what was it that rocked the judge's clothes off? Can you guess? There are millions of ingredients that he could have used, but when you find out what it is, it'll all make sense. And get ready for some serious food science! You can learn a lot from this manga! 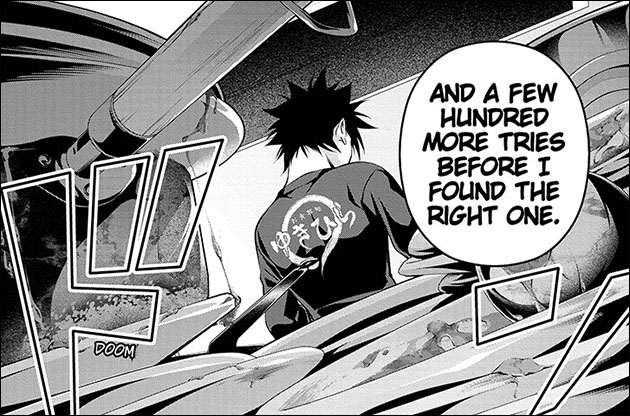 The world of Red Sprite continues to grow as we learn more about the various warring kingdoms. As usual, Tatsu's infectious optimism makes him more friends wherever he goes. And this chapter, he meets a very special person—the ruler of Edenia! And she's young and spunky! Will she help Tatsu with his David-versus-Goliath rebellion? He needs all the help he can get!

Ray's the traitor! But like many things in this manga, it's more complicated than it first seems. He's definitely feeding information about the escape attempt to Mom, but he has his own reasons for doing so. It looks like the plan for the big escape just got a lot more problematic!

Reiji's ridiculous love life gets even more absurd when a meddling angel of death decides to interfere. Armed with the ability to relieve people of their anxiety about love, she decides to use it on one of the girls who loves Reiji. But who will it be? And what effect will it have?

Ferid finds himself in hot water when higher ranking vampire nobles from around the world find out what he's been up to. And based on the recent battles with the humans, they aren't happy. Will his wily ways allow him to wiggle out of this one? Plus, Yoichi comes face-to-face with the person who murdered his sister! 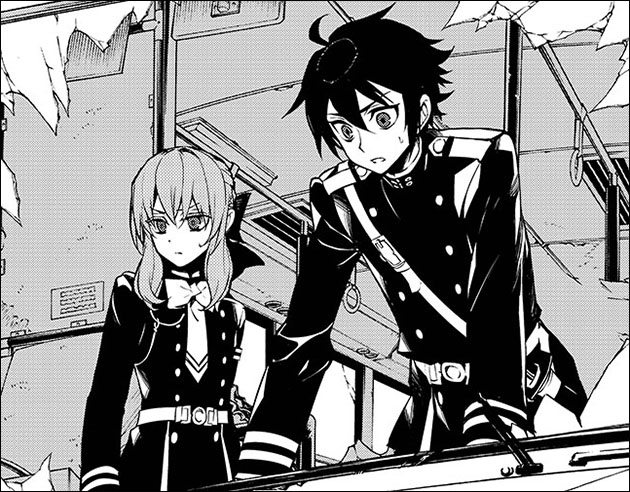 The plan to save Sanji from a forced wedding is not going well. At all. Luffy's down and won't get up unless Sanji comes back. Sanji's being stubborn and wants to save the Straw Hats from a certain death by getting married. Big Mom is raging and sending her troops to finish off the Straw Hats. It doesn't get much darker than this! Is there any hope for our heroes?!