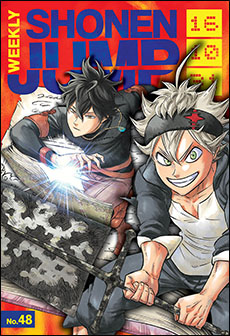 Super Magical Bros.! That's what popped into my head when I saw this cover. It looks like these two are ready to jump into whatever is coming their way. Nice lighting effects on the Yuno's grimoire, too! And Asta looks as buff and friendly as ever. That's a great combo for a Shonen Jump hero—buff and friendly!

There is some frightfully good Halloween-themed color art in this chapter! And the chapter itself is kind of perfect for Halloween because they are in the Forest of Witches! But it's not all candy corn and costumes because the forest is under attack by an army of high-powered mages with devastating power! Warlocks versus Witches! Who will win?! 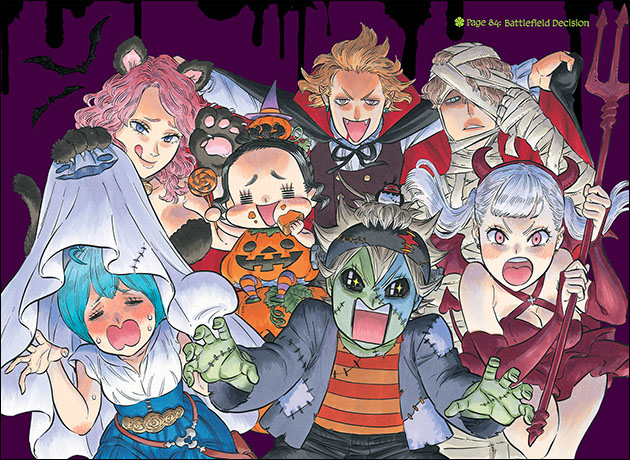 Get ready for the saddest showdown of all time—Luffy versus Sanji! Sanji is one of his earliest crewmates and they've been through just about everything together! Sanji says he doesn't want to be rescued, but Luffy being Luffy is not taking no for an answer.

Reiji's engaged! While giving CPR to a drowning Kokoro, he has accidentally gotten himself engaged! Their lips did touch. That's technically a kiss! Although, I'm not sure if that would hold up in a human court. But his heart still belongs to Shizuku! So much drama! 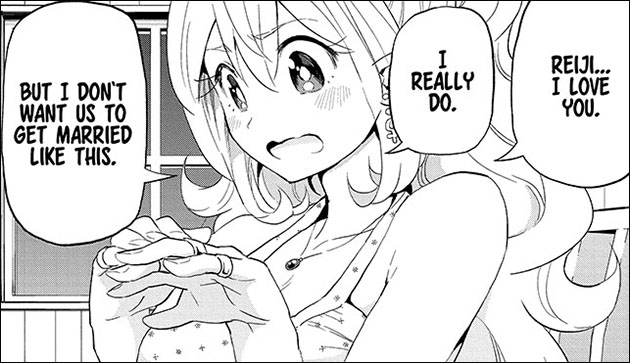 Gang Orca continues to keep the students on their toes by interfering with their rescue attempts. These killer whales are killing off the kids' chances to pass the test. And if some of the more hot-headed heroes don't learn how to work together, the killers will be doing their job well. Killing well. Killer whale. I can not seem to make that pun happen. Sorry! If you can figure out a way to work "killer" and "well" into a natural sounding sentence, leave it in the comments! And I'll call it out on the next SJ Podcast!

Osamu and friends take a little break from the Rank Wars this week to go...get some okonomiyaki! Can't plan for your next battle on an empty stomach! And during lunch, Yuma reveals some information about Chika and Border's plans for her on the away mission. Friendly chit-chat coming up! 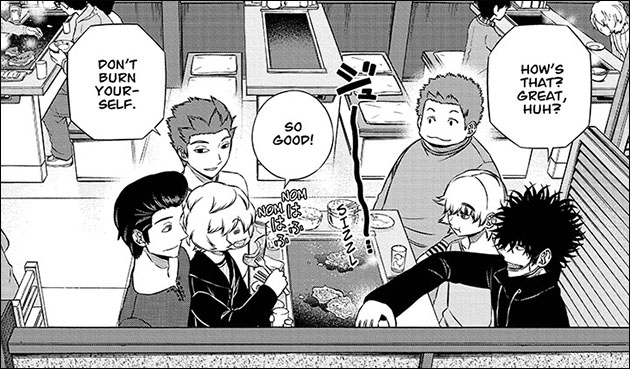 The fight between Toriko and Acacia is coming to a head! They've been punching each other, kicking each other and biting each other for a while. Many have had a hand in this fight and several have lost their lives. The fate of the world hangs in the balance! Whose appetite will prevail?! 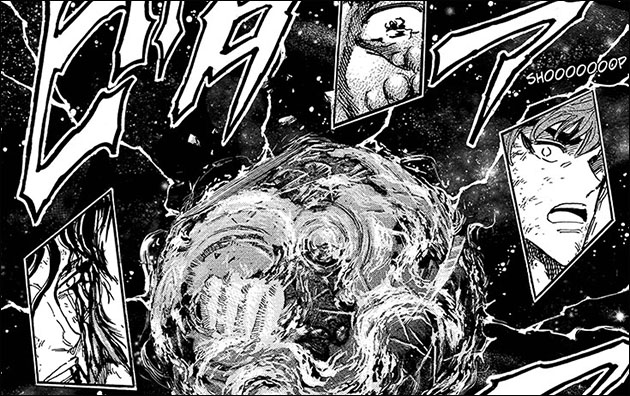 Just when it seems like Soma is down for the count, he gets up at the last minute since the judges have yet to try the dipping sauces! The battle of the bear meat takes a new turn as it becomes the struggle of the sauces! Whose sauce will prevail and how naked will everyone get? Find out!

Spring Weapon No. 01by Tomohiro Hasegawa

It's always sad when the last chapter of a JUMP START comes up, especially one as funny and charming as Spring Weapon No. 01. Every chapter has been hilarious so far, and this one may the funniest one yet! Eiji and Zeroichi compete for the same girl! It's an awkward fight to the finish as these two goofballs fail and flail! 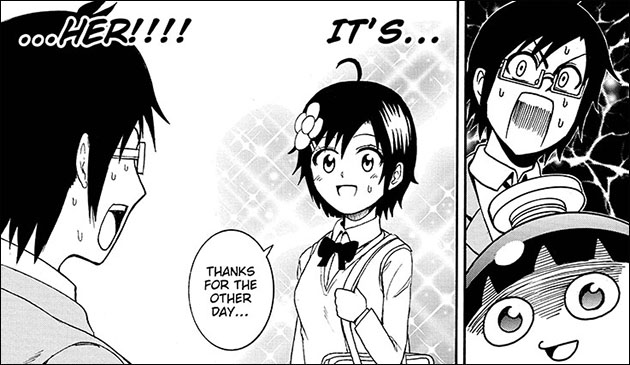 It's Tatsu to the rescue! Alfred's been holding his own, but he's up against augmented humans with incredible abilities. The perfect foe for a superpowered hero like Tatsu to take down! More fantastic fisticuffs coming up!

The traitor is revealed in this chapter! Think you know who it is? You may be right! But if there's one thing about this manga it's that it continues to pull the carpet out from under the readers over and over. And this chapter will throw you for another loop. The trickery continues!

One-Punch Man
story by One, art by Yusuke Murata

Genos has got a serious bug problem! And a can of Raid won't do the trick in this case. He's got his cyborg hands full with a cockroach villain named Roach Awakening. If you've ever lived somewhere with cockroaches, then you'll know how hard they are to get rid off. A lesson Genos is learning right now!

Big news! The animated web series sensation RWBY joins the Weekly Shonen Jump lineup! As a manga and a prequel to the series. Drawn by Shirow Miwa, creator of the Dogs manga, the story of RWBY takes on a whole new life. With gorgeous art and a compelling world filled with unique characters, this is a great way to check out the fascinating world created by Rooster Teeth. Enjoy! 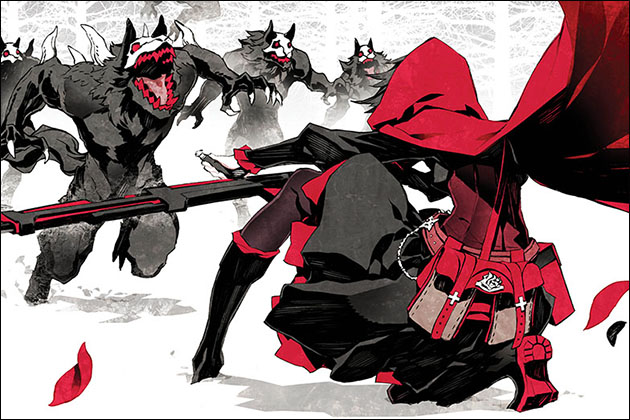