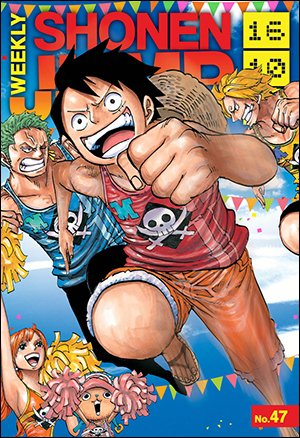 With all these JUMP STARTs, it feels like it's been a long time since we've seen a bright, smiling Monkey D. Luffy on the cover. How's this?! Not only is it a classic super bright and cheerful One Piece cover, it's action-packed, since they're in the middle of a race! Note: Sanji is still smoking. Kids! Don't smoke when you run races!

Luffy's got a little weight problem. Actually, it's a HUGE weight problem! After literally eating an army of biscuit soldiers, he's swollen up to the size of a hot-air balloon! How's he going to save Sanji if he can barely move? South Beach Diet? Mediterranian Diet? Paleo? Can he lose the weight without breaking a sweat? Find out! 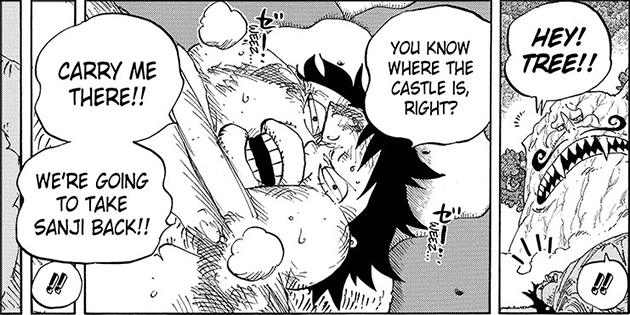 Yoarashi has had nothing but burning grudges and icy glares against Todoroki. But why? What did he do to deserve such hostility? Was it something he did? Something he said? Find out the cause of the hatred as Todoroki's past comes back to haunt him!

Sometimes you have to hit rock bottom before you can turn things around. Getting caught cheating in front of entire village in a tournament is definitely rock bottom. And right after getting caught, powerful shinobi attack, putting even the great Naruto on the defensive. Chaos and sorrow can be powerful motivation, that is if you learn from the pain instead of wallowing in it. What will Boruto do?! 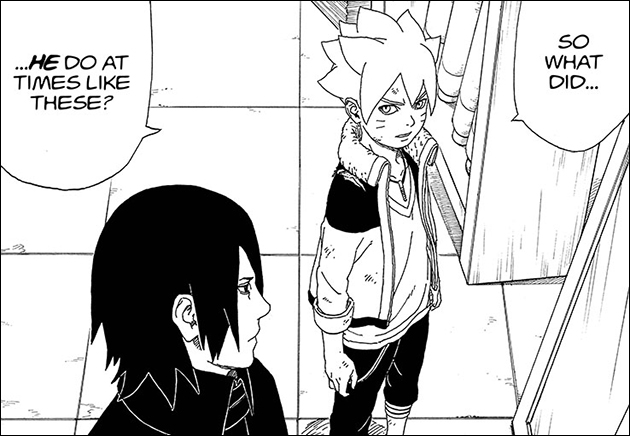 Big fight coming up in this week's chapter! We've seen some cool airship battles, but now it's time to get back to the basics—fisticuffs! Well actually, magnetic super-powered fisticuffs, but a brawl nonetheless. What's at stake, you ask? The usual: life, death, everything. Enjoy!

If you thought Soma was going to serve up some delicious bear meat, wow the judges and call it day, you couldn't be more wrong! He's up against one of Totsuki Institute's finest—Hayama, the master of spice! And now it's time for the judges to taste Hayama's entry. This shokugeki is just getting started! 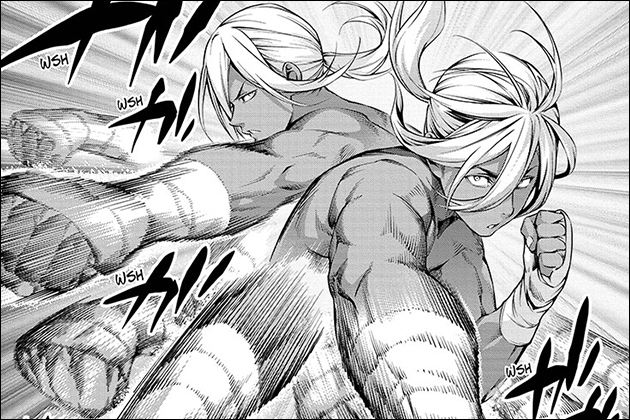 Spring Weapon No. 1
by Tomohiro Hasegawa

Despite being a powerful android from an evil army of powerful androids, Namba has no problem making friends at school. In fact, he's becoming very popular and no one seems to notice he's an android, despite the fact that he has a giant screw in his head. Get ready for another hilarious chapter of Spring Weapon No. 1!

The Black Bulls launch a daring mission to sneak into the Forest of Witches to get Asta help for his cursed arms. But as we saw in the last chapter, the Queen of the witches doesn't seem to be the"Glinda the Good Witch" kind of witch. The quest to save Asta's arms continues!

Amalgam of Distortion
by Ryo Ishiyama

My love for this manga continues to grow like the crazy bones from the main character's body! And this week's chapter has made me fall in love all over again. Some wonderful gross-out moments. And more info on the dark and strange world both we the reader and the main character are learning about. And aside from all that, it's very Halloweenie, too!

Emma and her companions continue to play a game of cat and mouse with their new guardian, Sister Krone. They're definitely above average kids, but she's as cagey as they come. And now the kids have a traitor in the midst. But who is it and how much have they divulged? 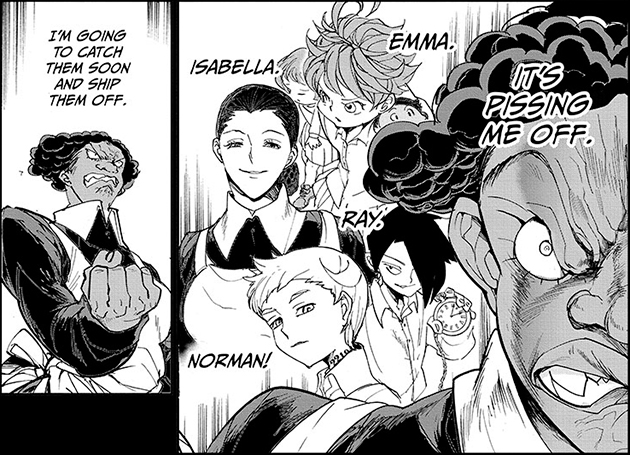 Ever wonder how Border began? What about the Tamakoma branch? Well then you're in for a nice surprise in this week's chapter!

This manga's a rom-com with its foot on the pedal! We've already had a love confession by the main character by chapter 2 and now a horde of human and non-human girls all have their eyes set on Reiji! But no one could have guessed the ending to this week's chapter... 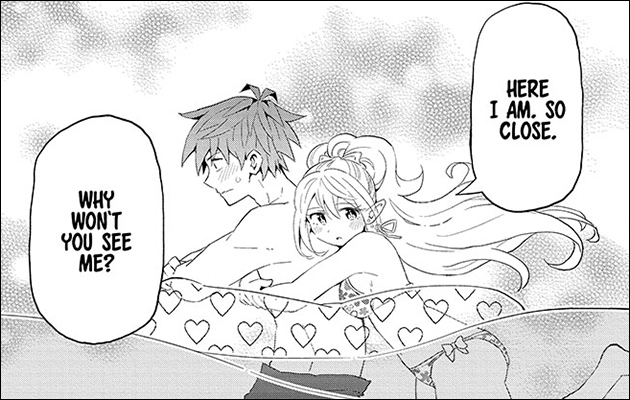 Oh my God ... what the heck's going on in Toriko?! Neo/Acacia's eating everything in sight, from the Eight Kings to the intangible Food Luck! But can his appetite handle Toriko's manliness?!

The dueling continues, and we find out what happened to our heroes' parents in their mysterious past! 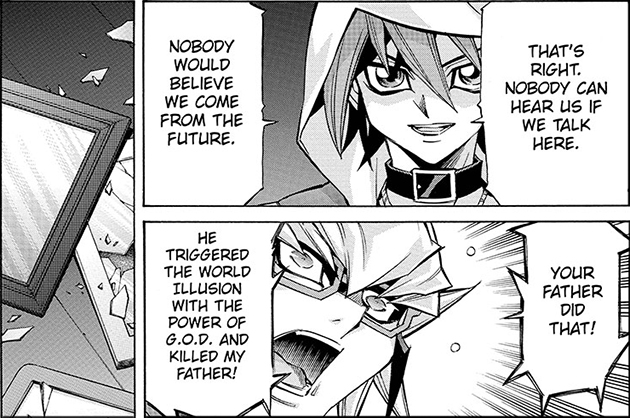 by Urian Brown and Hassan Fay